Our local gaming group had our Holiday game for the December month and it was one of our favorites, Gaslands.
The scenario that was run by none other than Captain Roshon was the Scavenger game.
More than just a crush fest, player were given 50 cans to make a team that would collect loot crates on the map. Each crate obtained would be victory points as well as a table roll to reveal an instant weapon upgrade.
This is also the first time we played with Audience points which added another cool aspect to play. 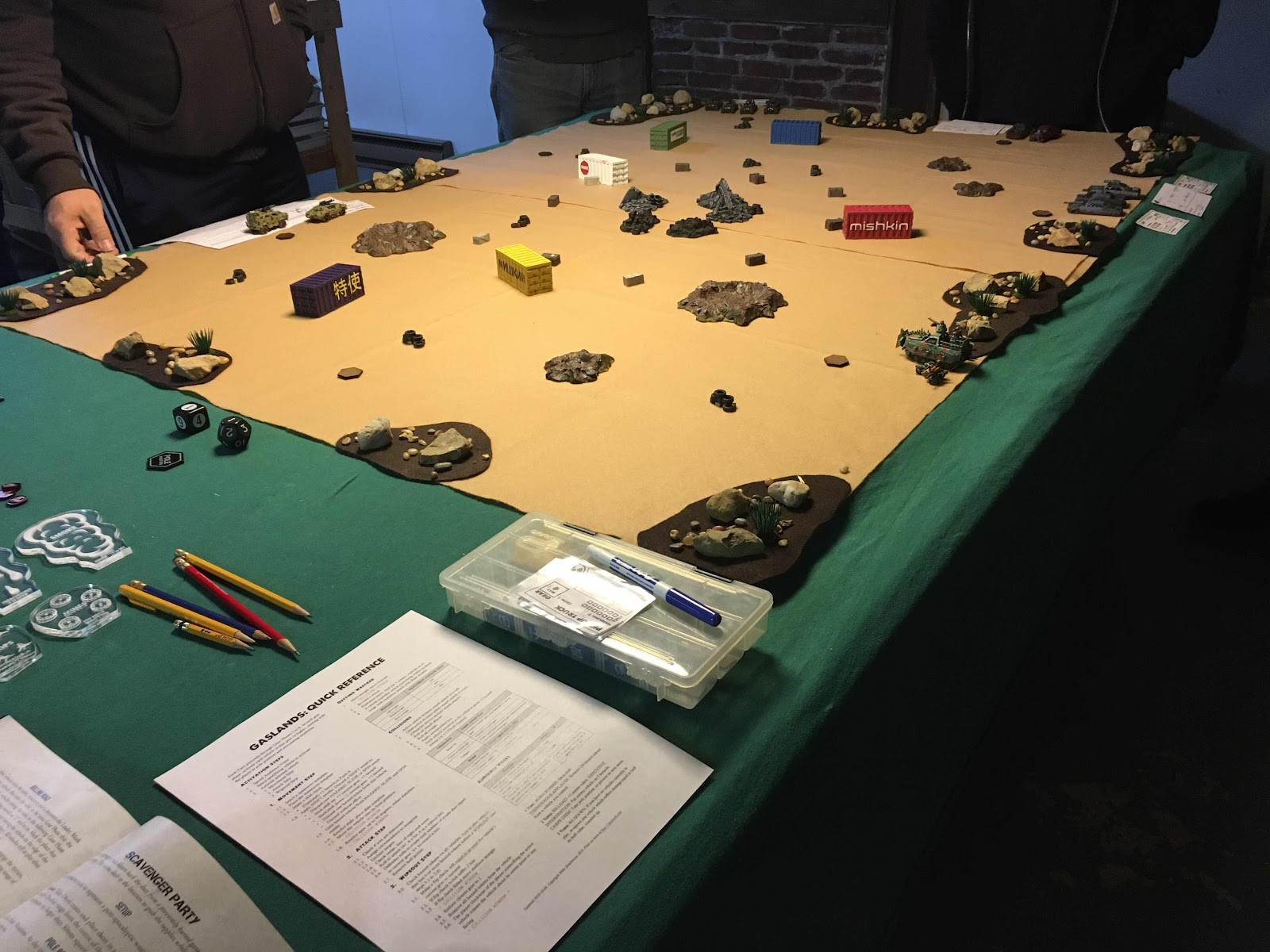 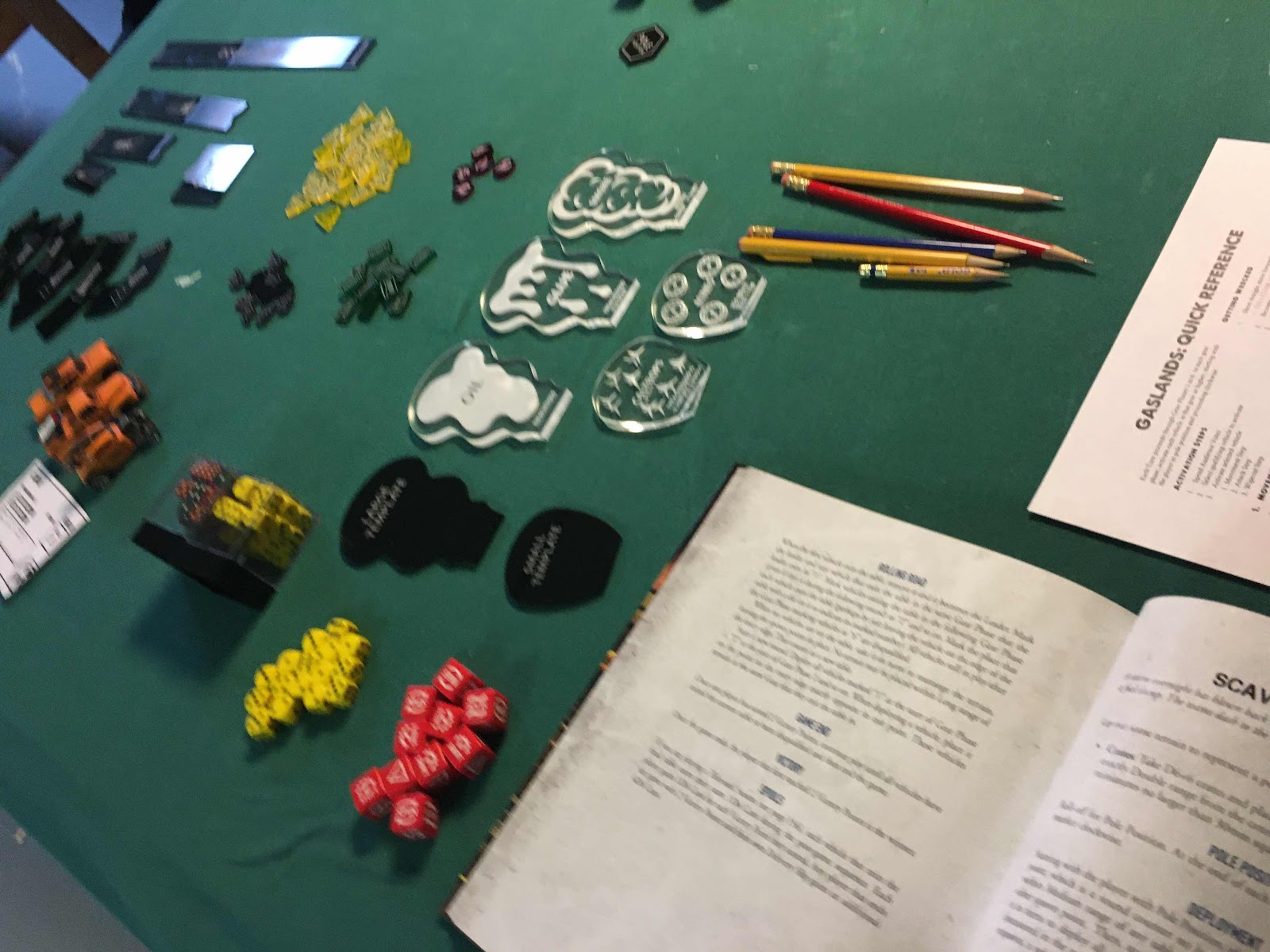 A fine collection of gaming aids for the game, all very worthwhile investments. 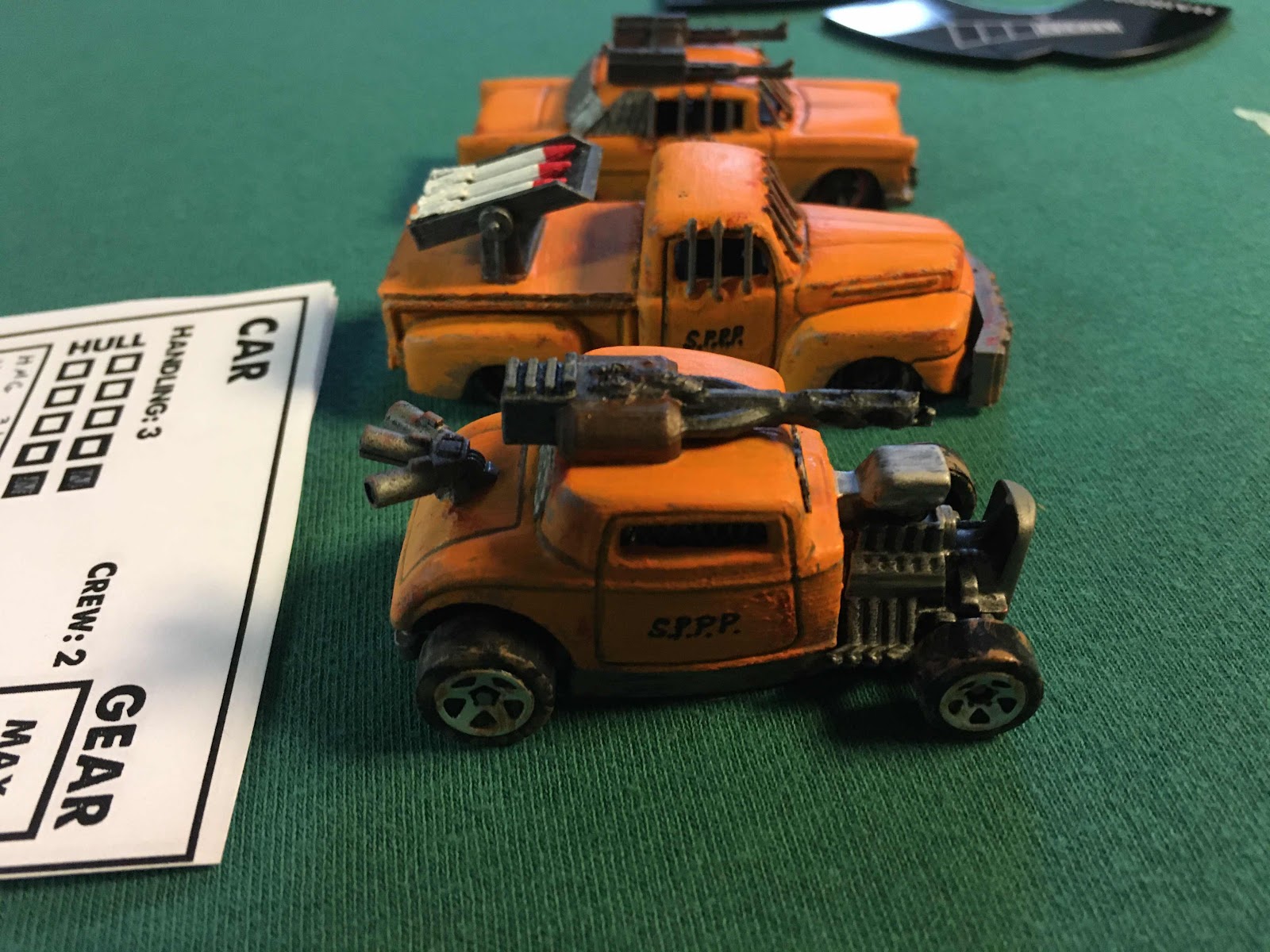 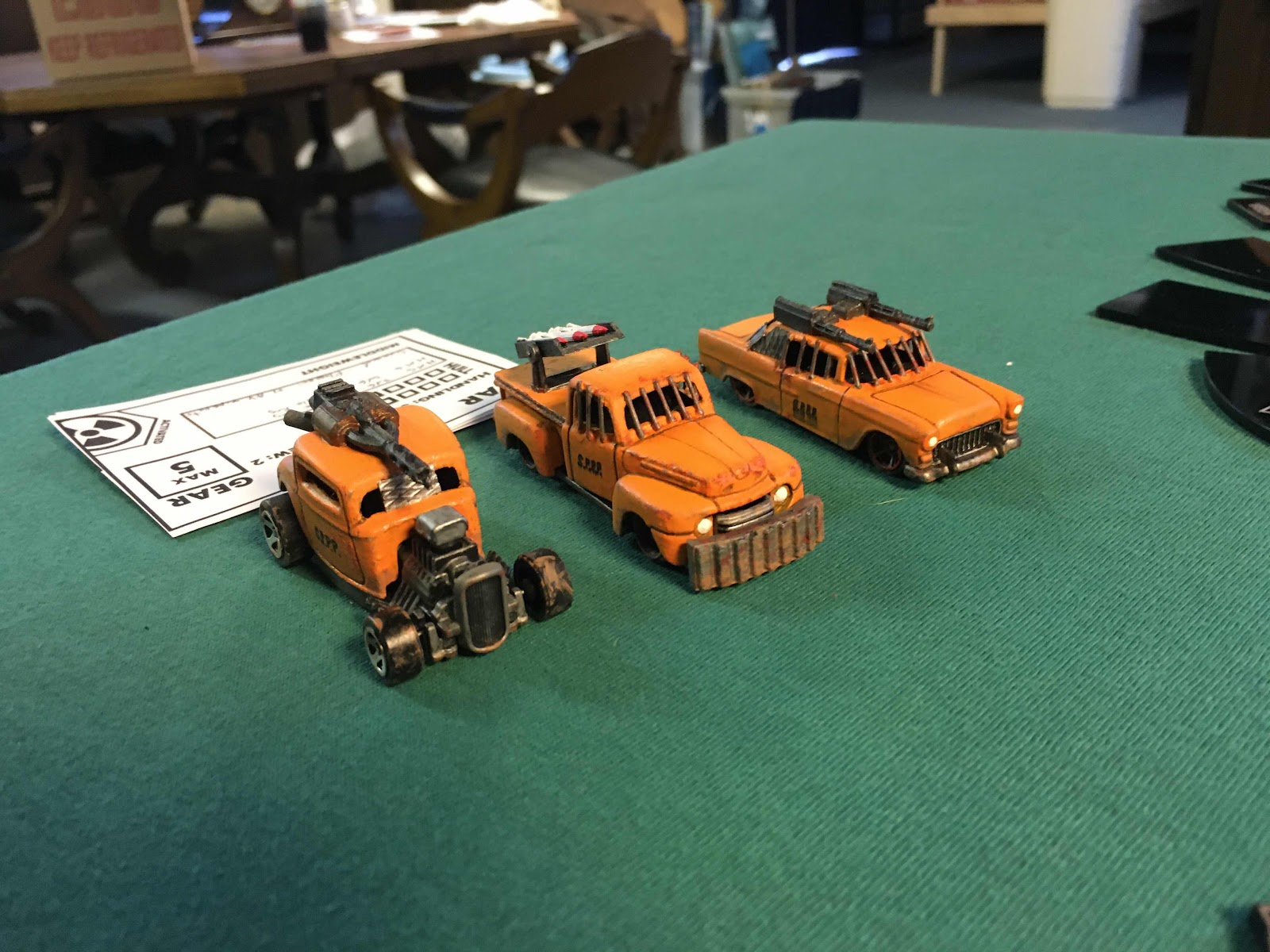 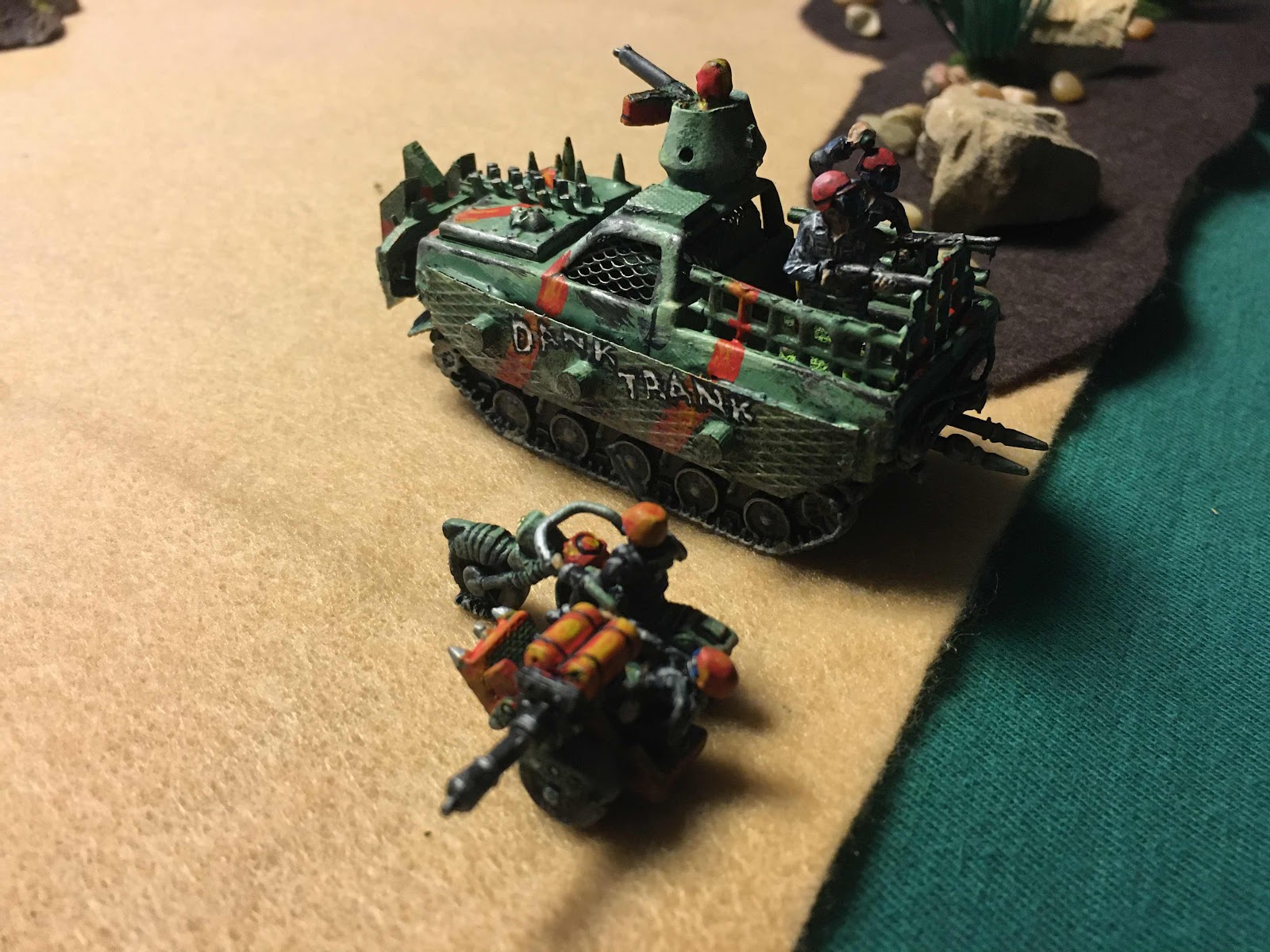 My 50 cans of Slime Sponsor, Dank Trank and Side Burns 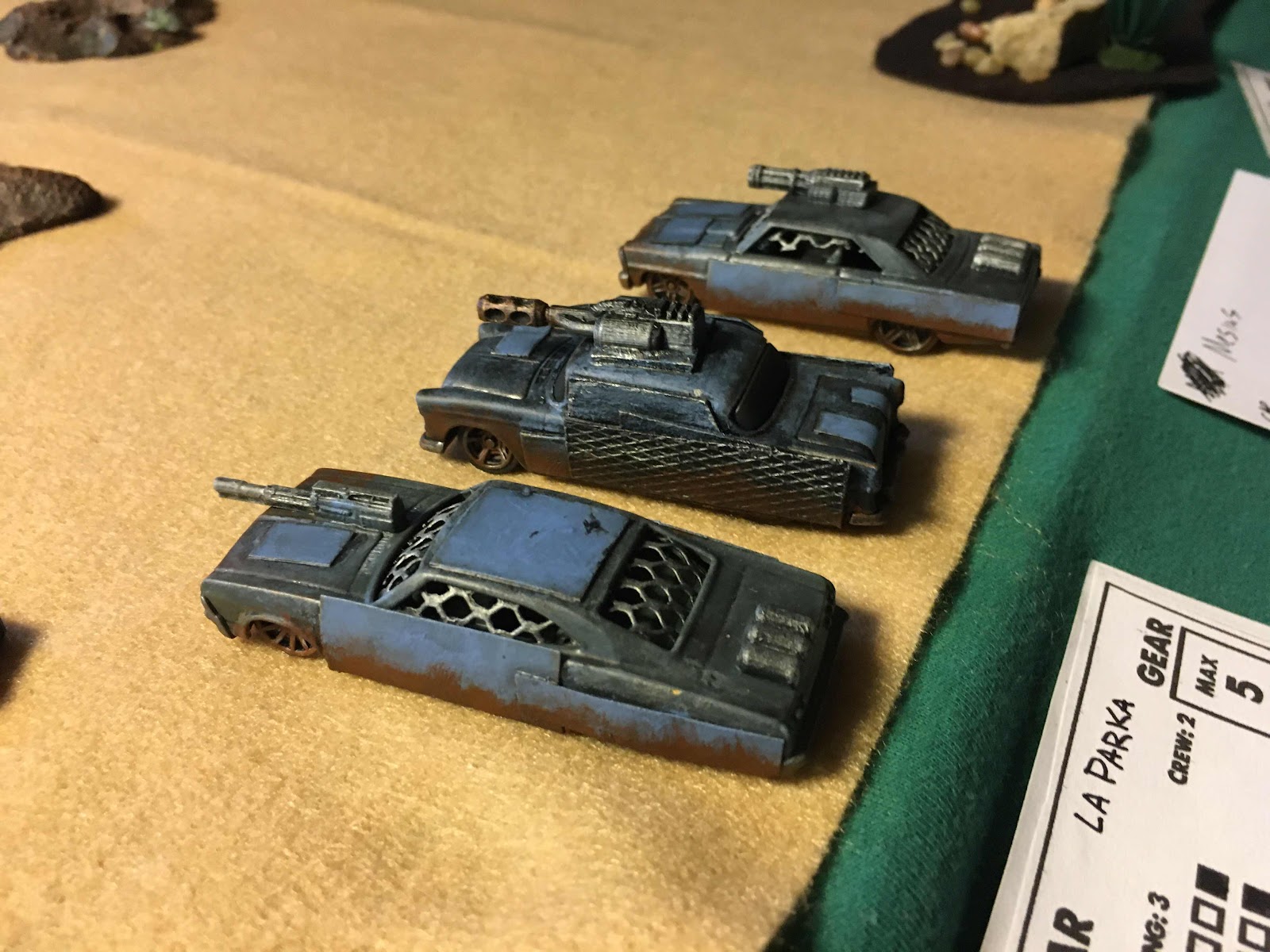 Another Warden Team by Tim of the blog The Safe Hole fame. 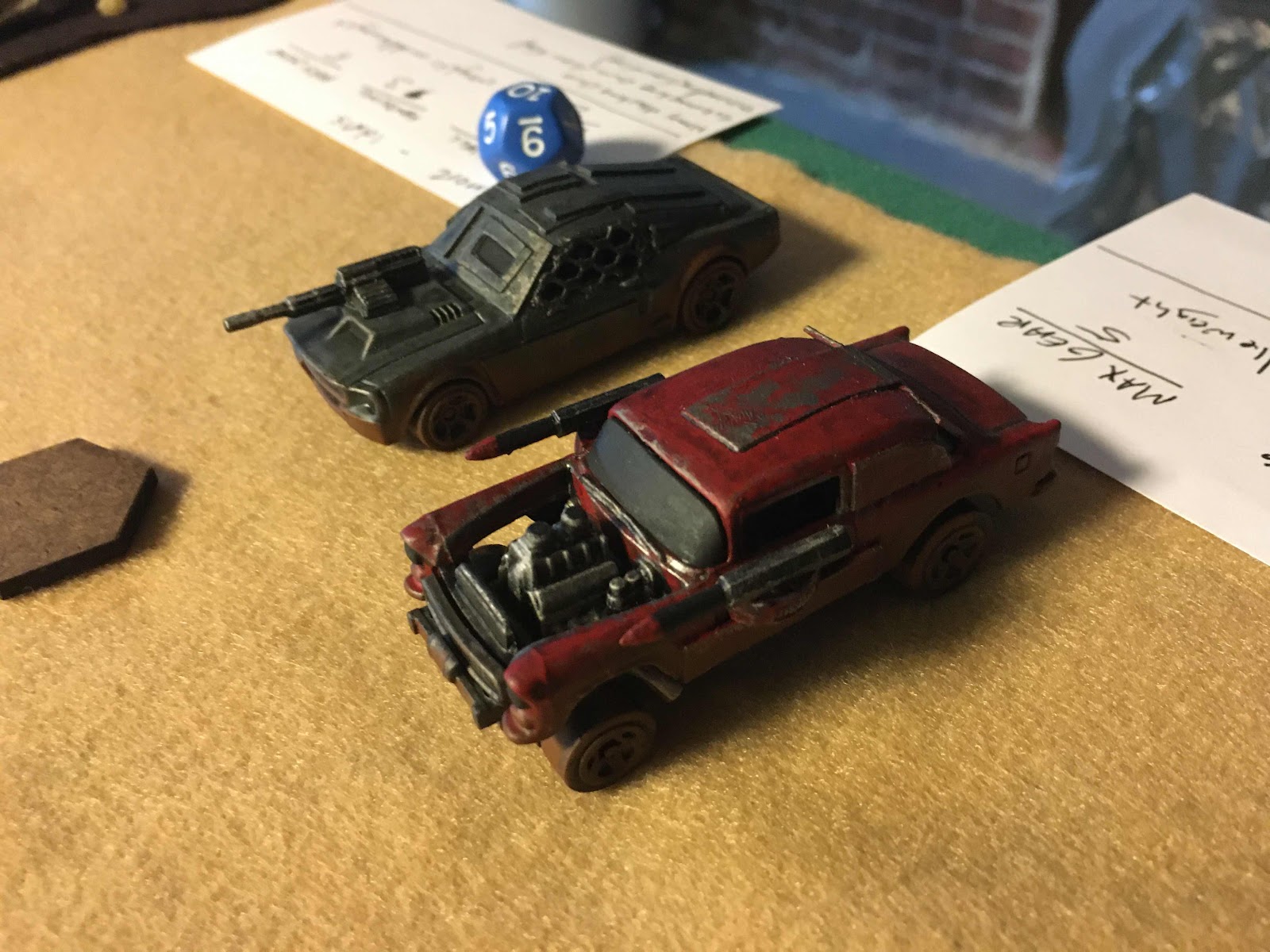 Idris team geared by my cuz 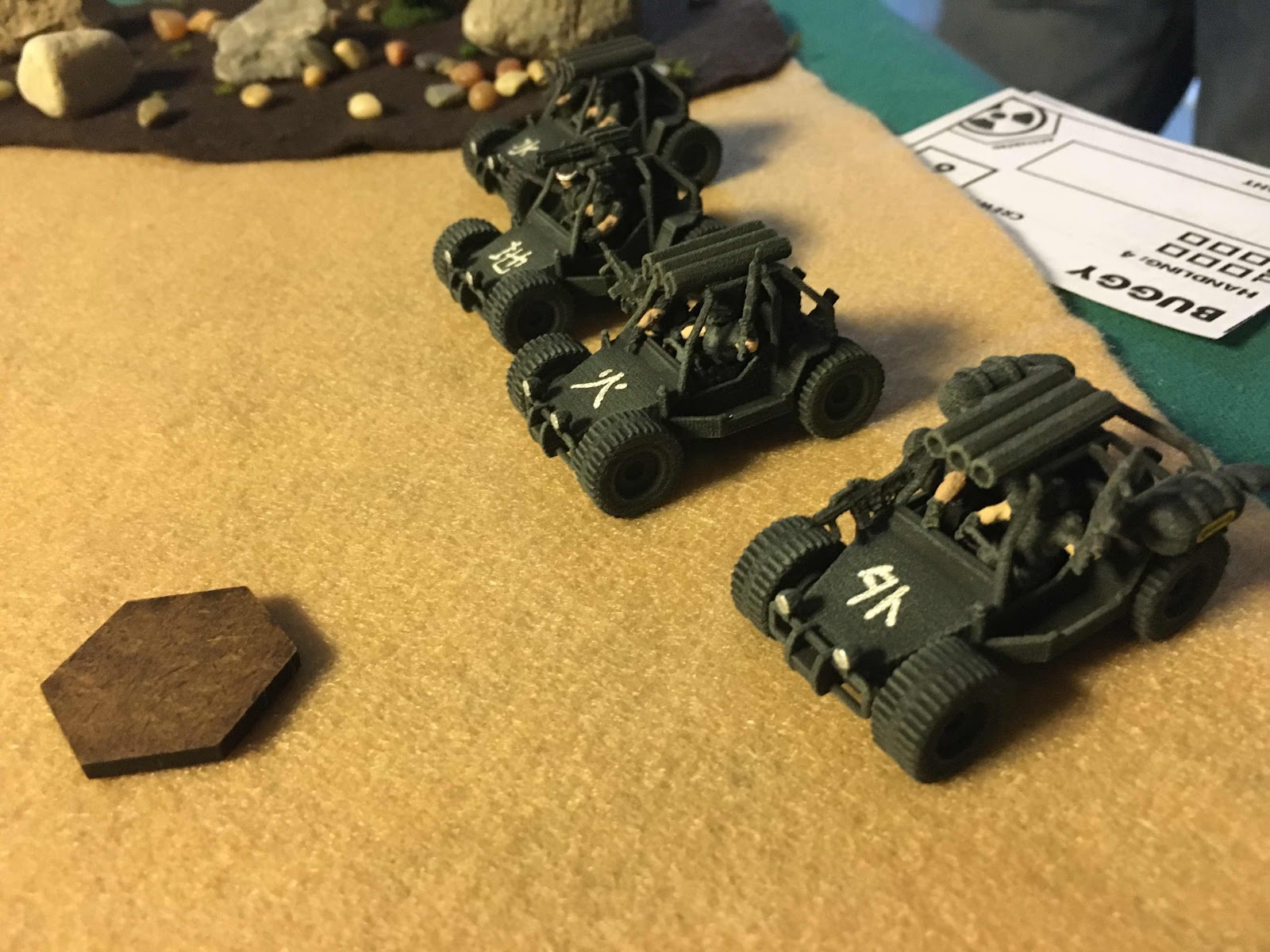 The Doom Buggies of Dave, The Divine Wind. Always a deadly group. 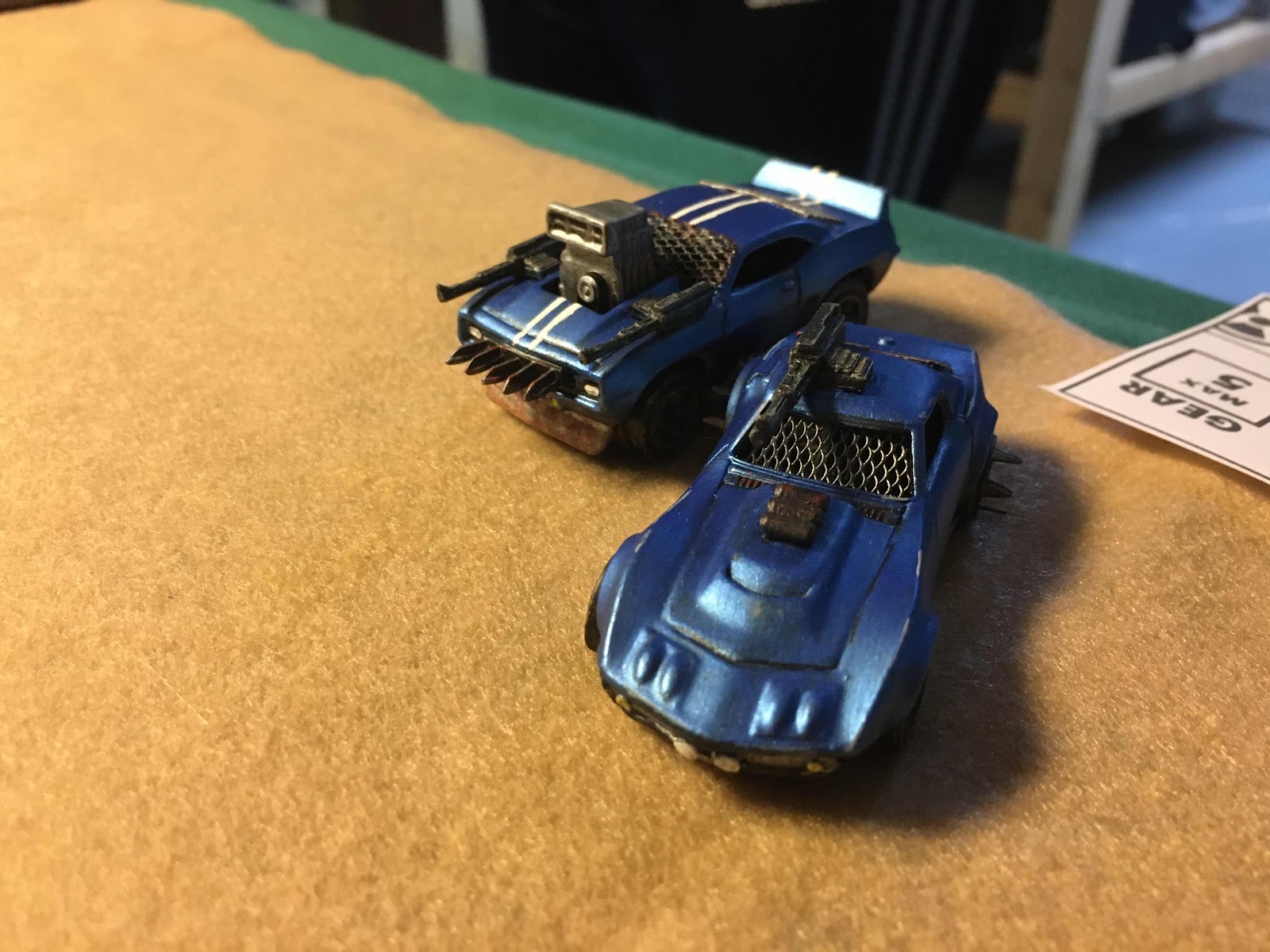 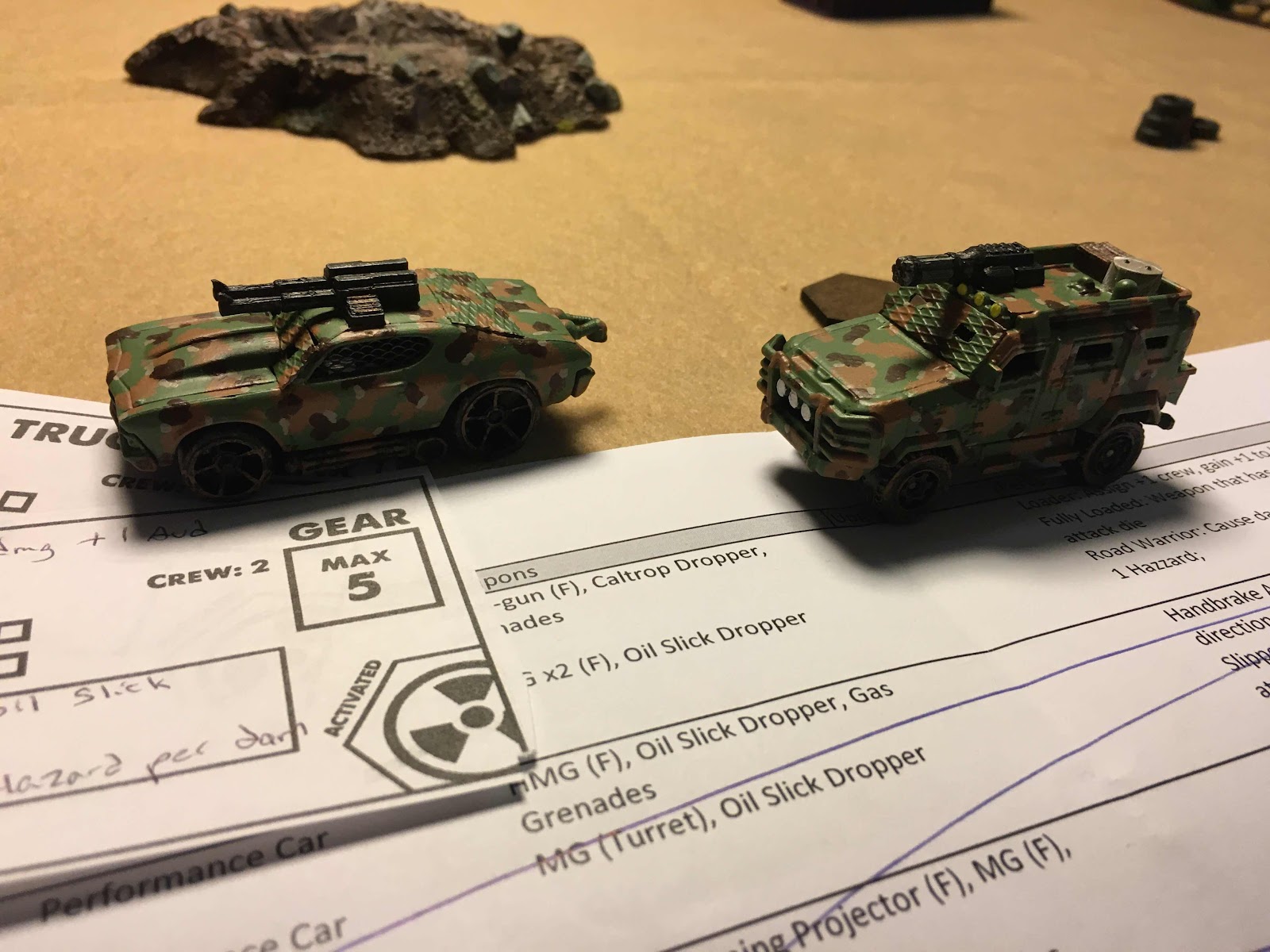 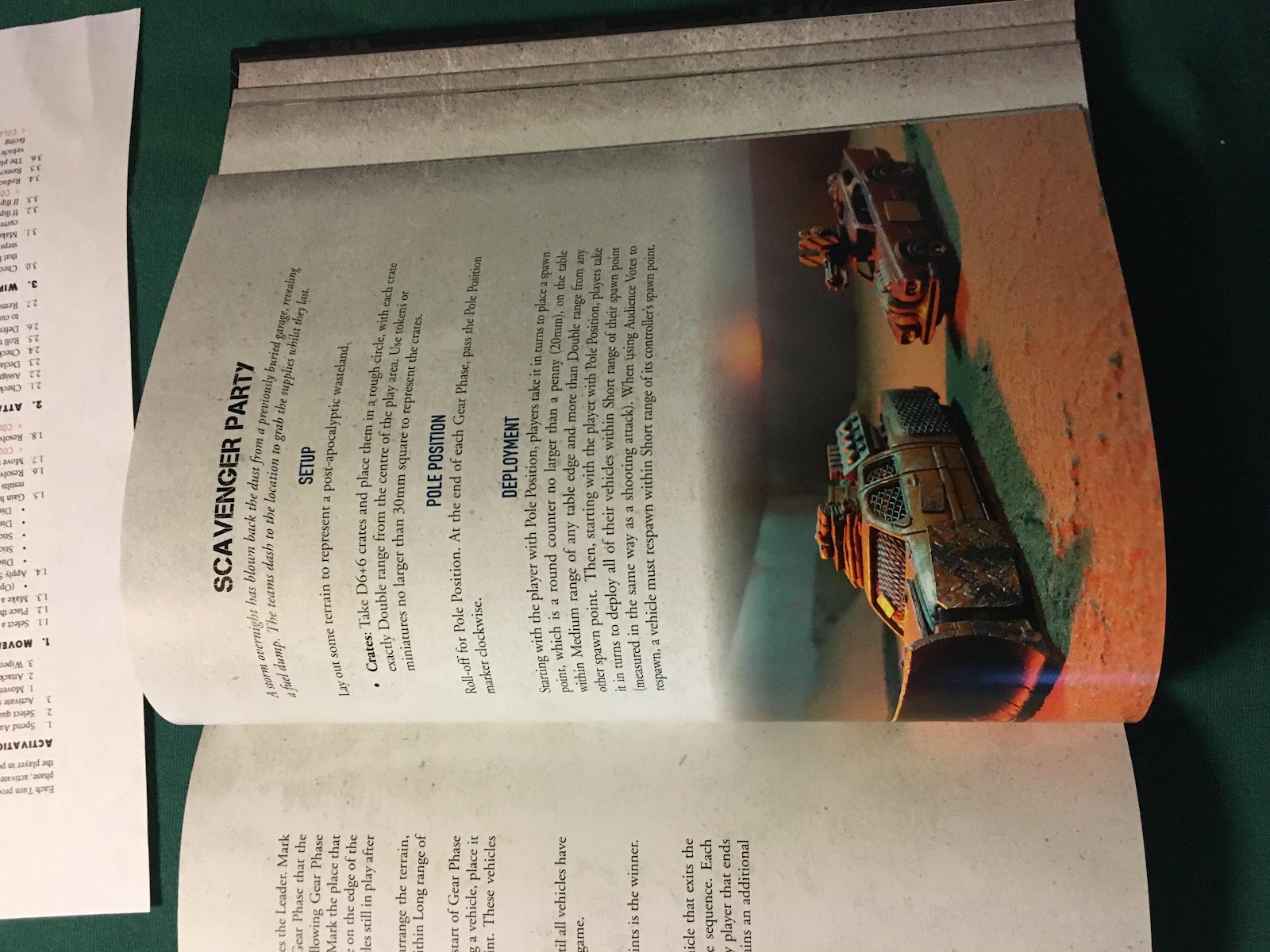 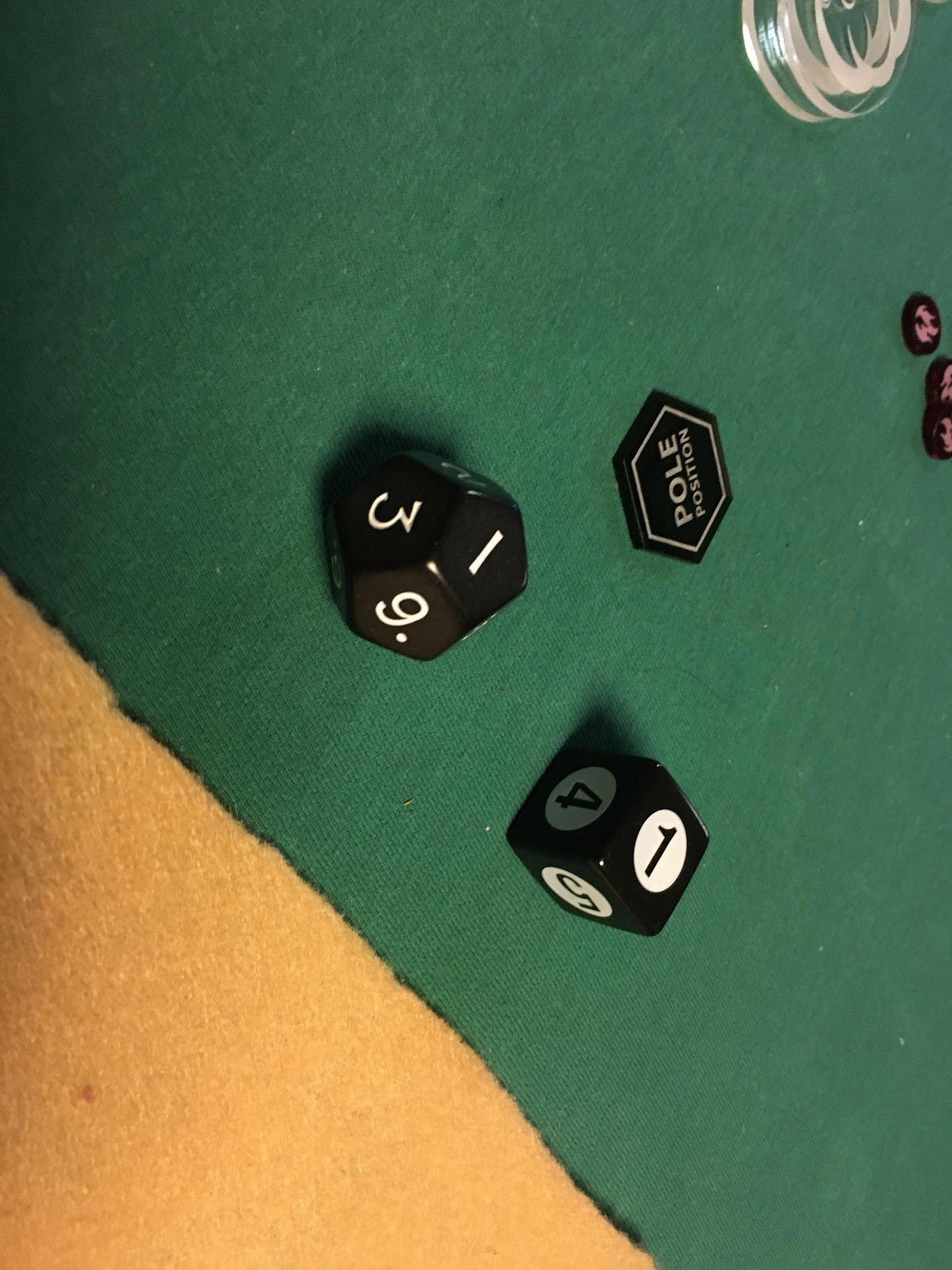 A great way to keep track of the turn and gear 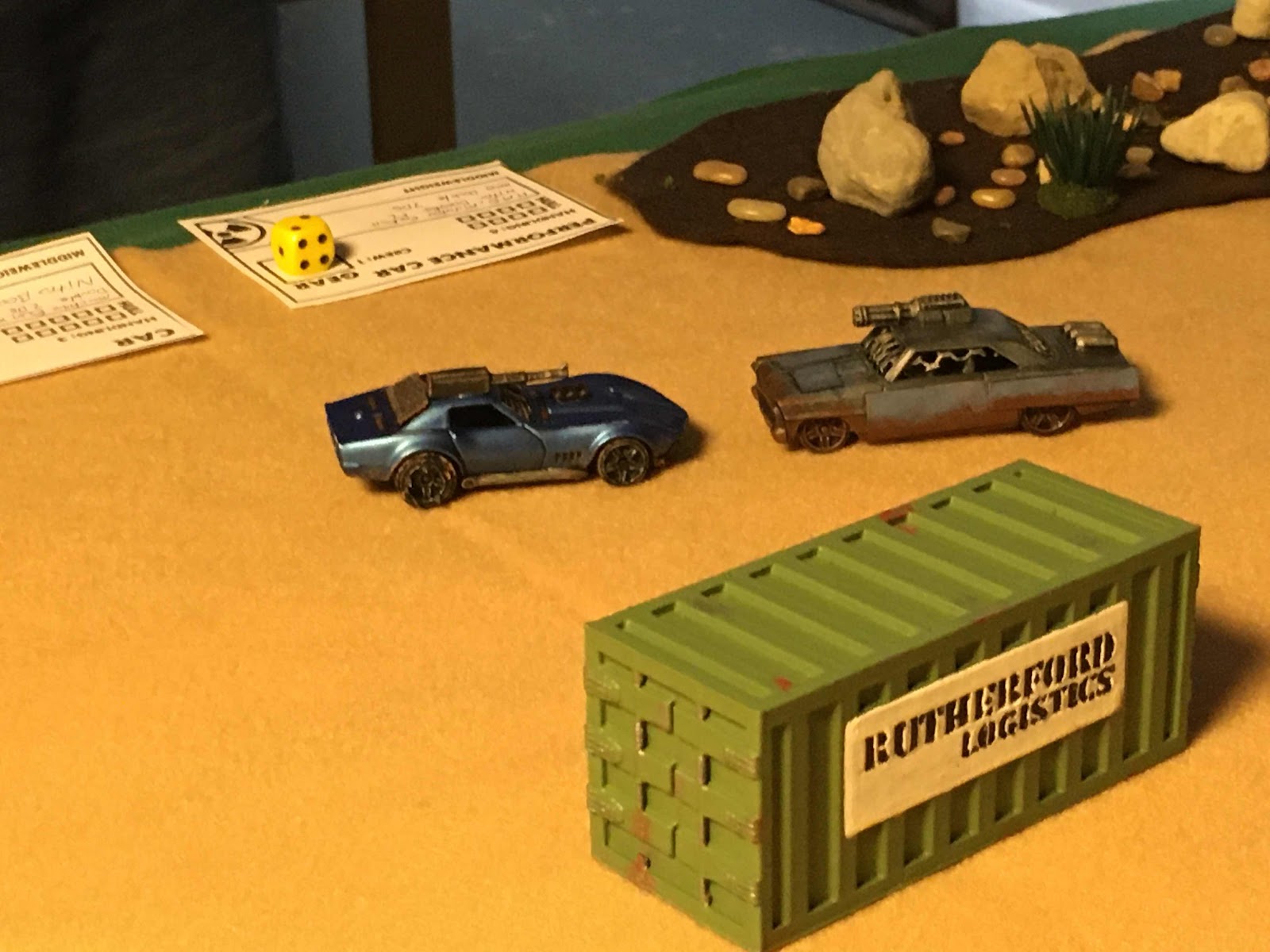 First group to square off, Tim and Rlee! 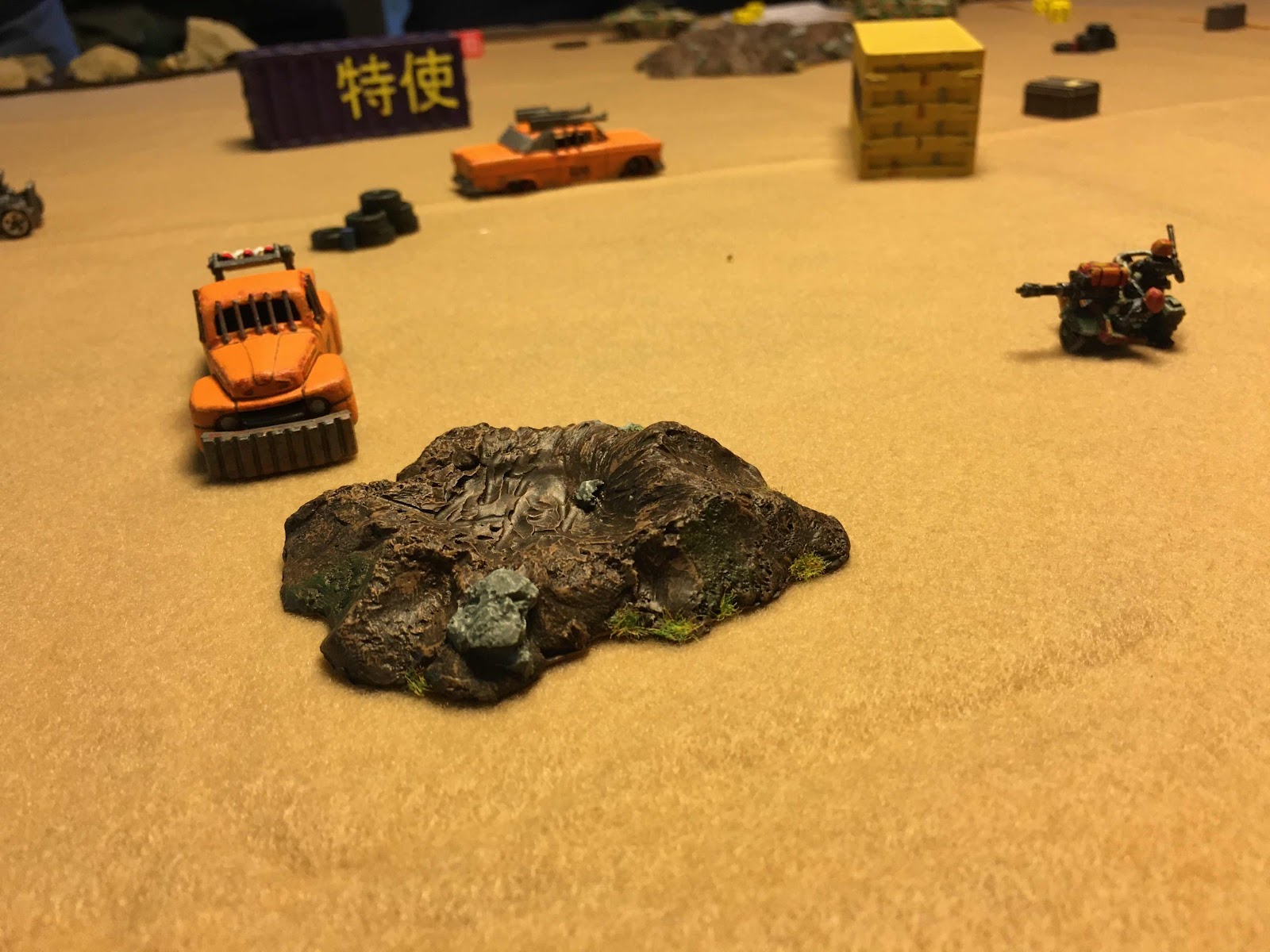 Roshon advances on my team, but out of fire arc for the Katusha Ford 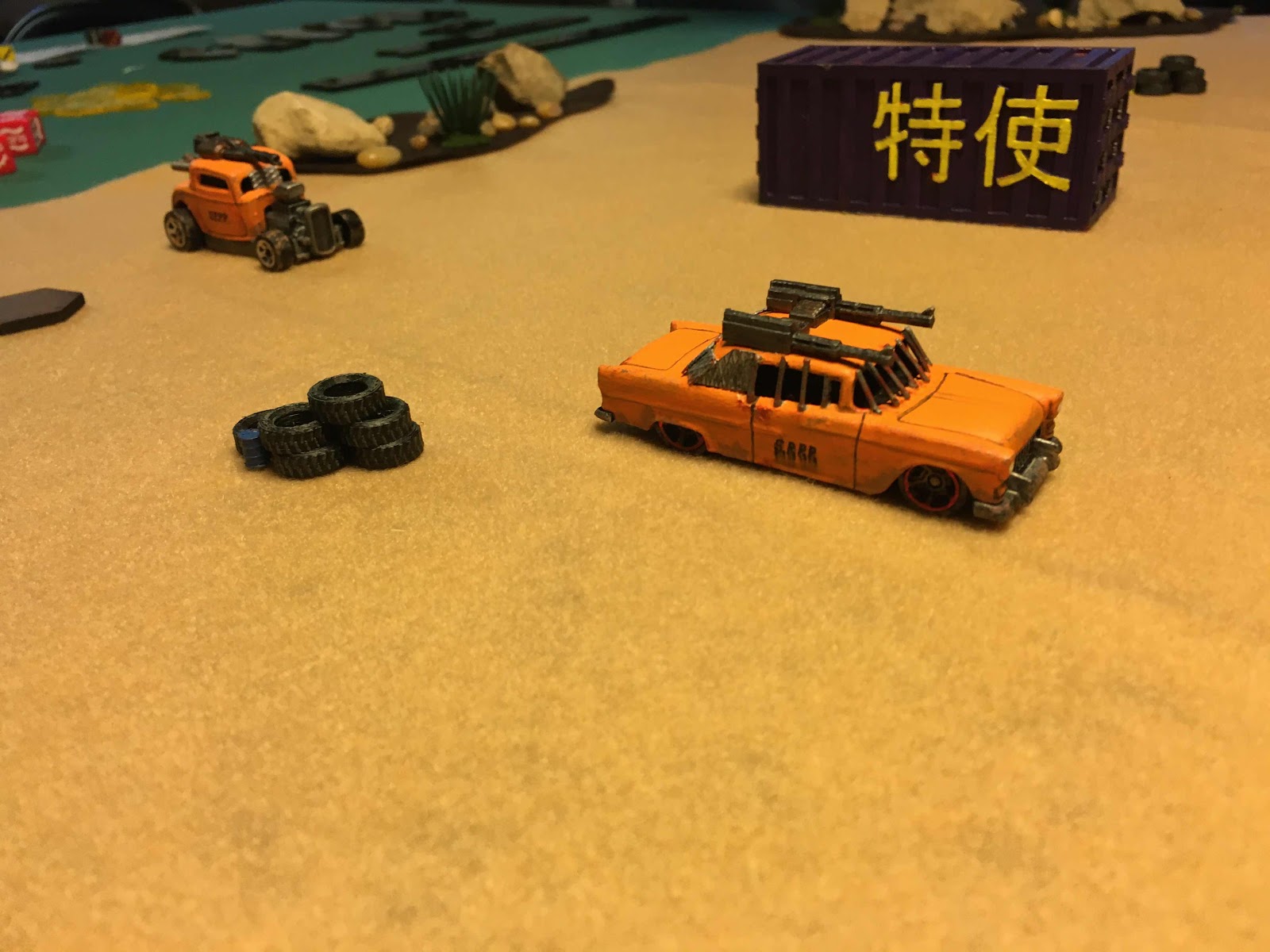 While his other cars advance 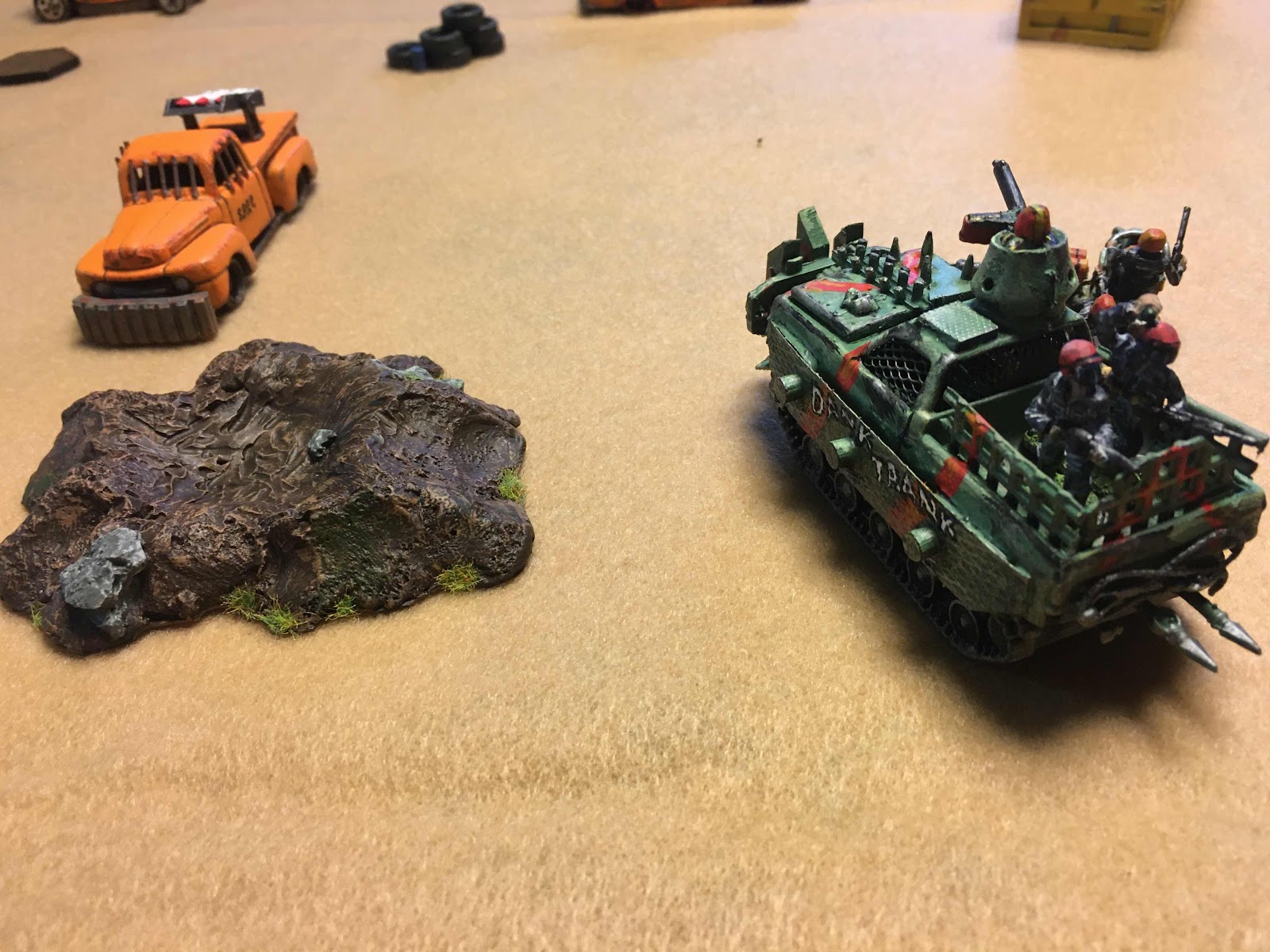 Dank Trank treads forward and unloads on the missile truck with a HMG, shotgun and Molotov 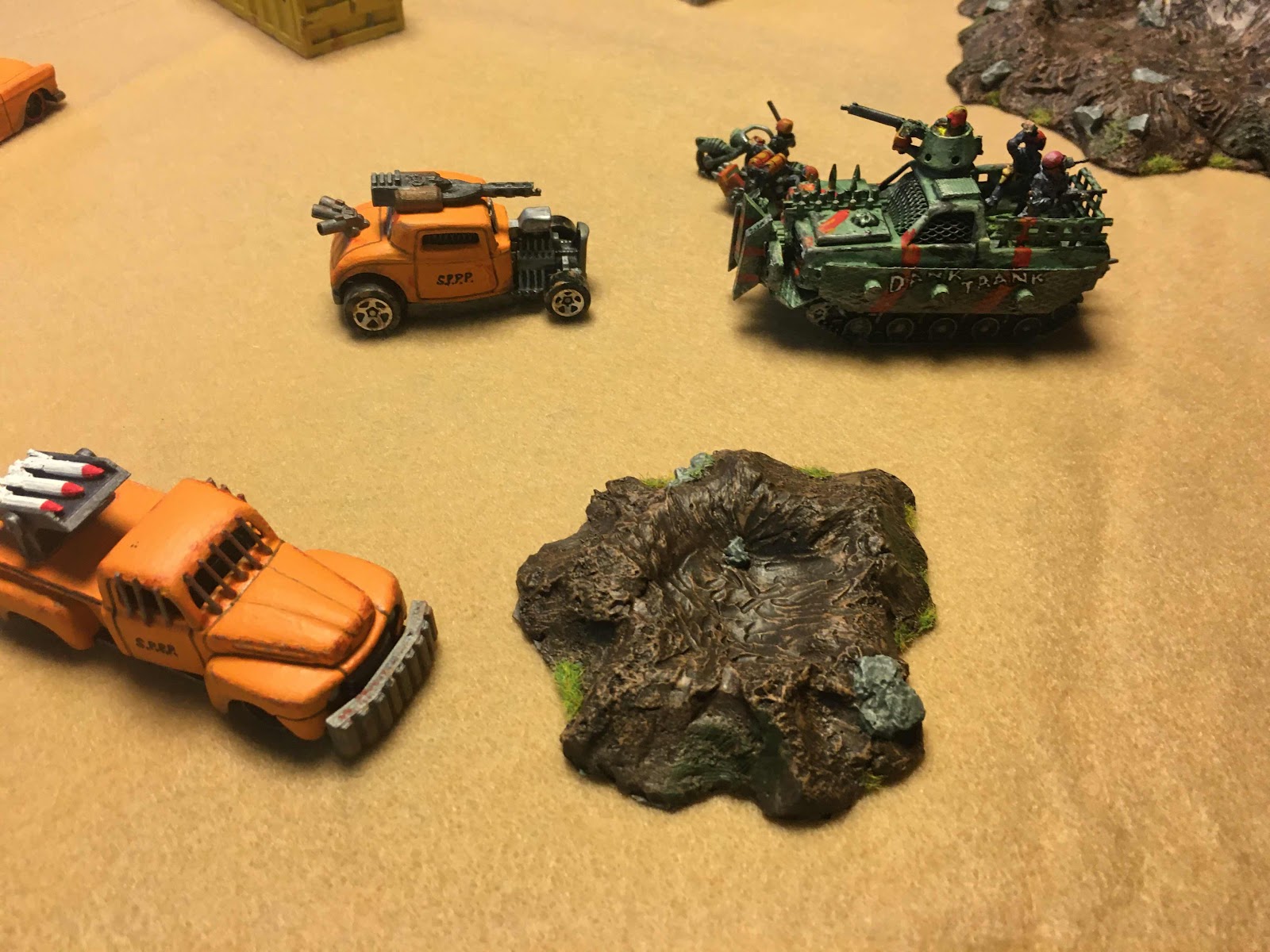 But is then torched by a Warden burner 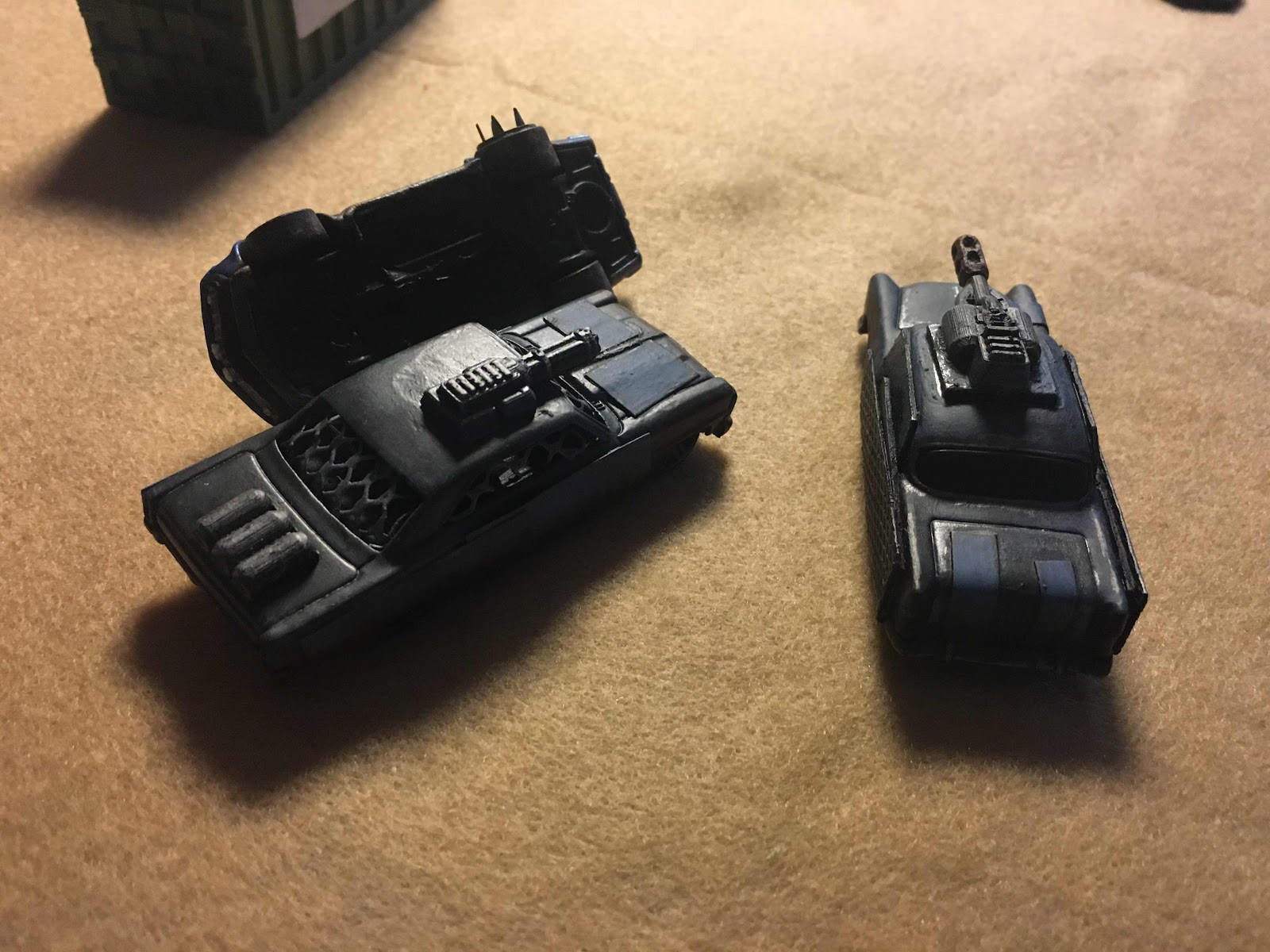 Mayhem at the other end of the table between Tim and Rlee! 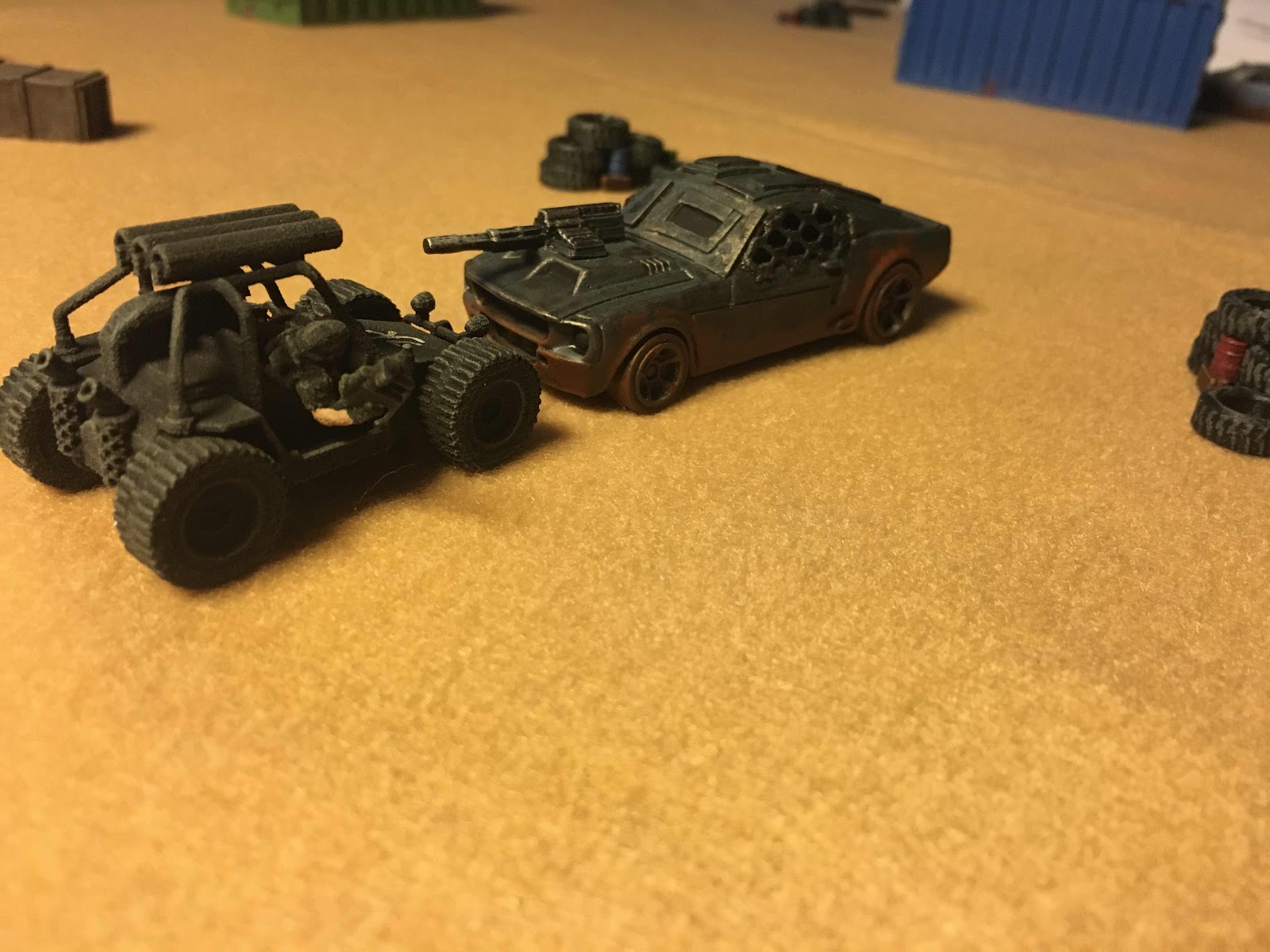 Dave, in a beautiful piece of template use, captures 2 loot crates and performs a slide to bring his missiles into the face of Cruz’s ride. 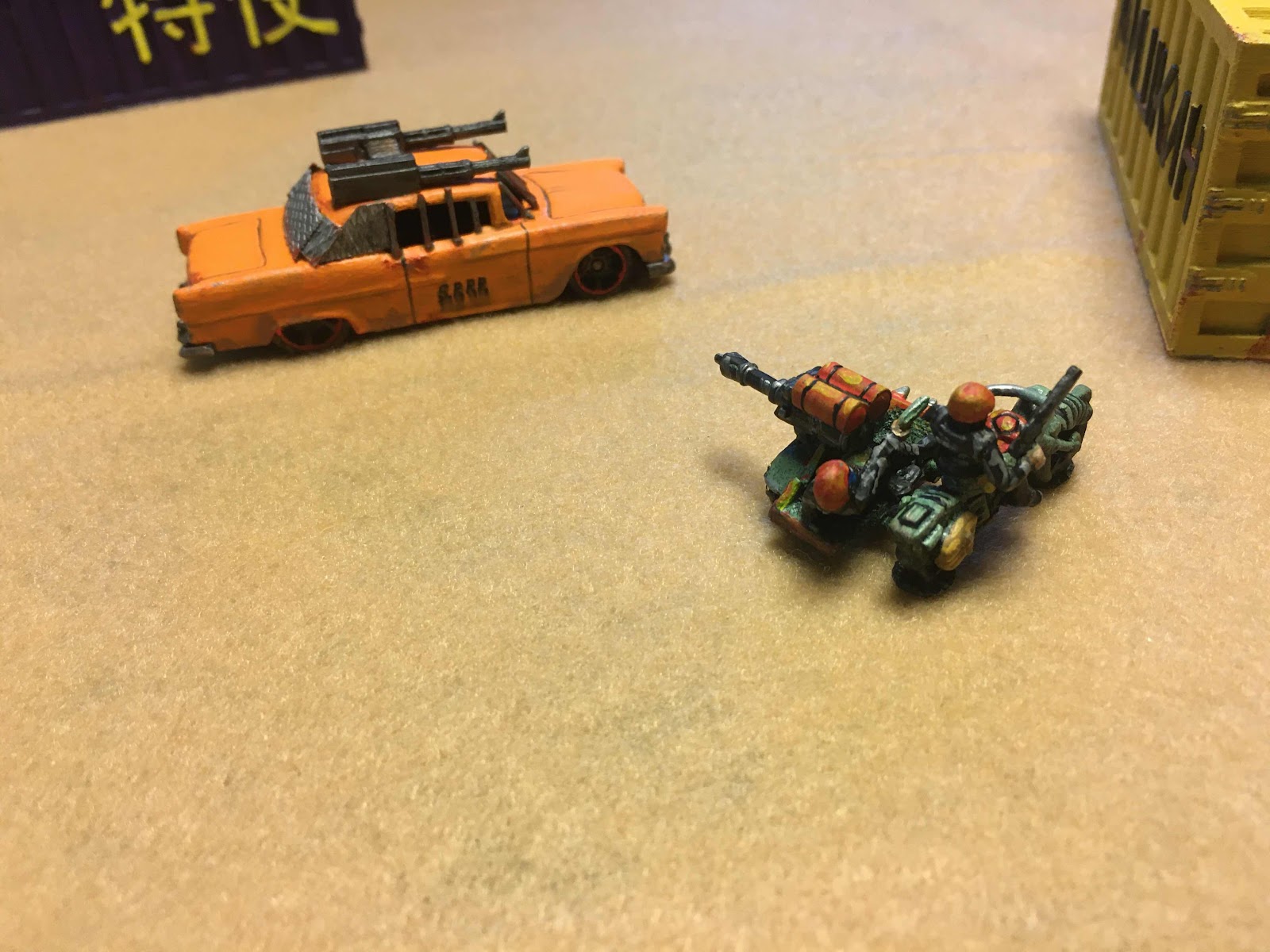 Sideburns, dying slowly from being burned in the last gear, goes for his last living move and burns the only car he can reach. 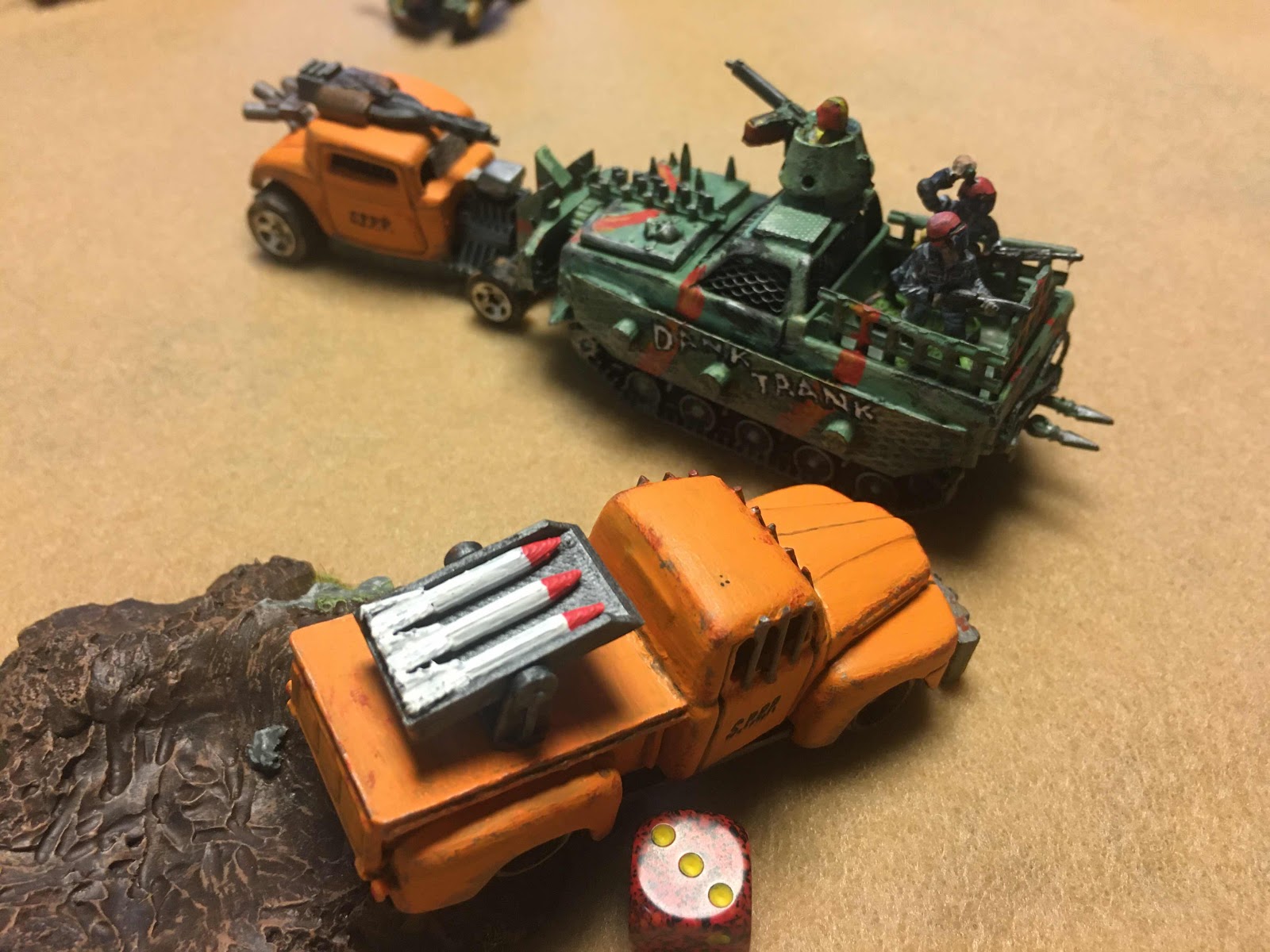 And Dank Tranknis rammed by the Katusha Truck but lives. Dank Trank returns the favor ranking the burner and then everybody blew up- CROWD GOES WILD!! 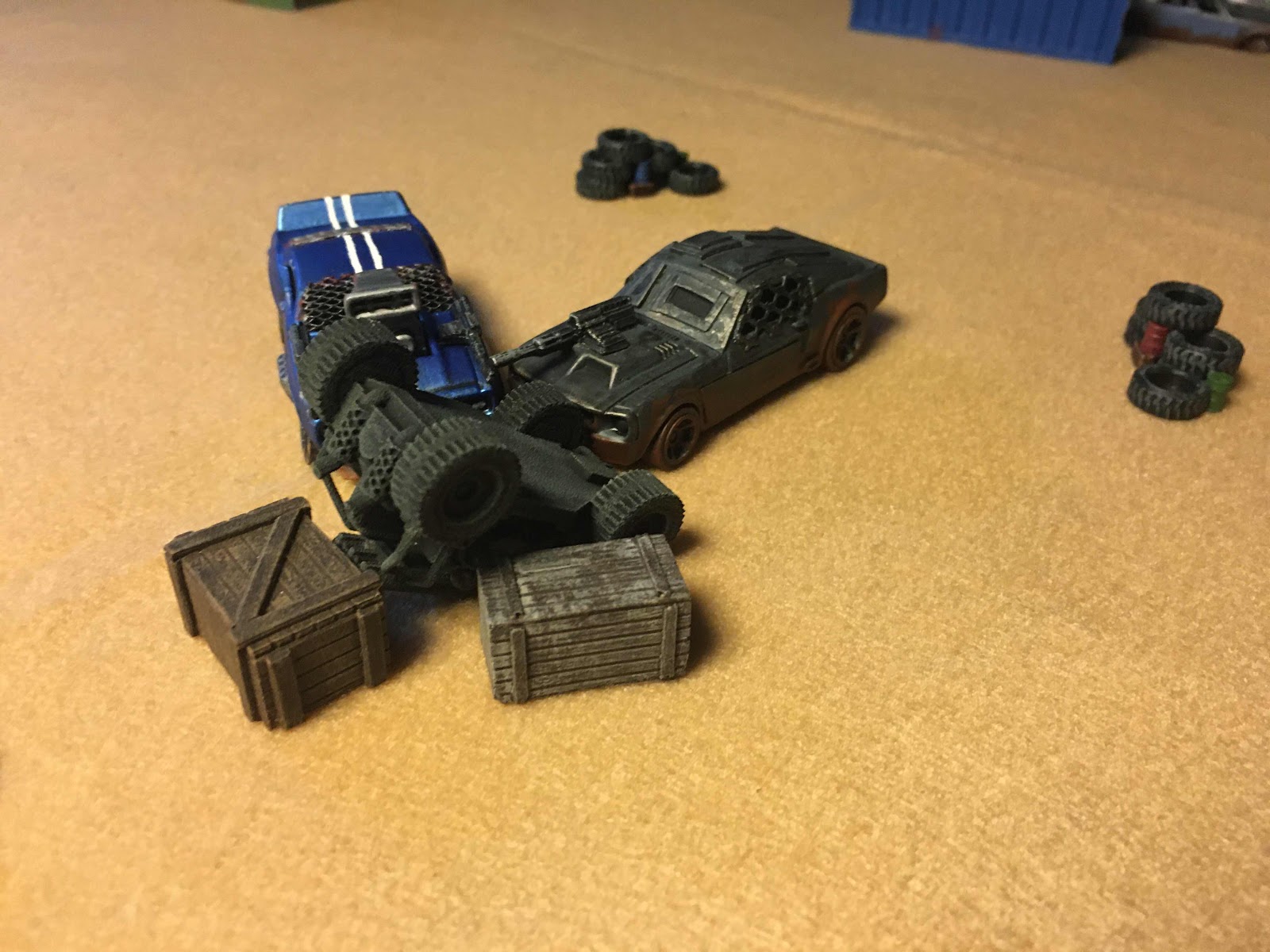 And Rlee makes it a three way on the Dave on Cuz action! 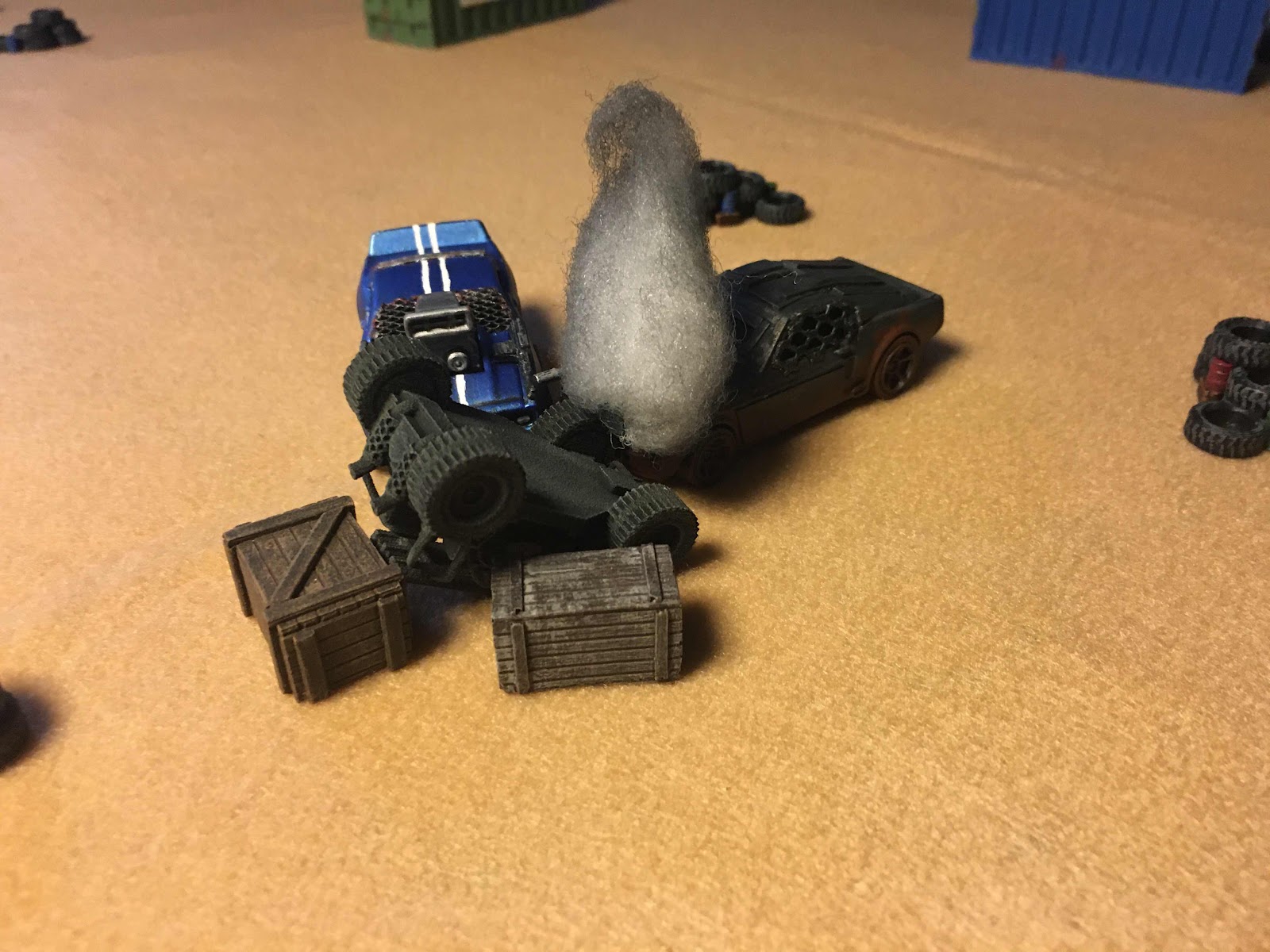 More detonations!!
In the end the Doom Buggies of Dave won, claiming 6 crates!
A great game, we had 7 players but it still moved well. We never got past first turn, but made it to Gear 5.
More to come,
Doc