Adding some muscle by the way of an Enforcer to the RE crew. I wanted a hard life East Bloc expat so made Yurin Kossack. 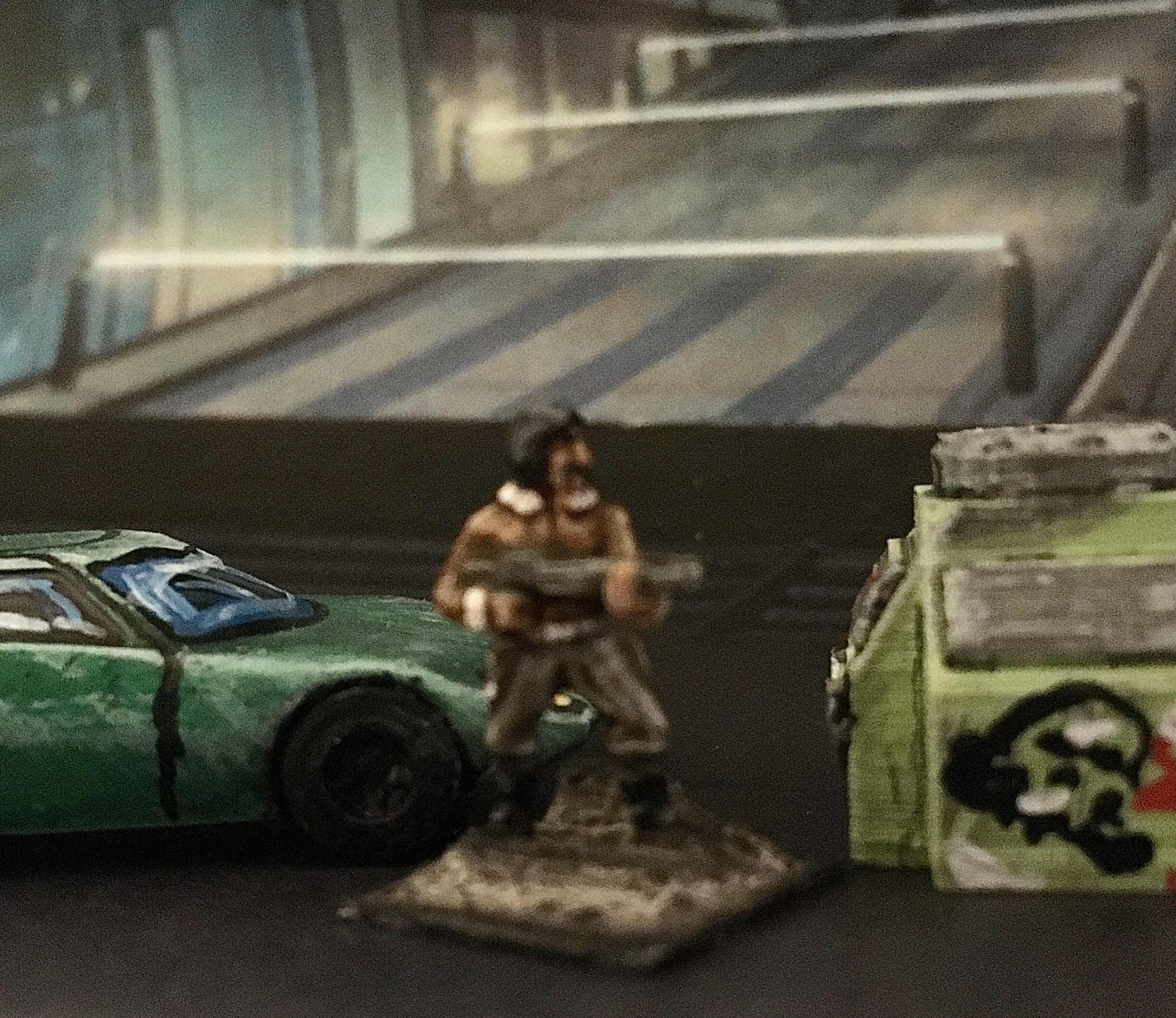 Armed with a Shotgun, Yuri is the kind of guy to kick in a door to get to his target. 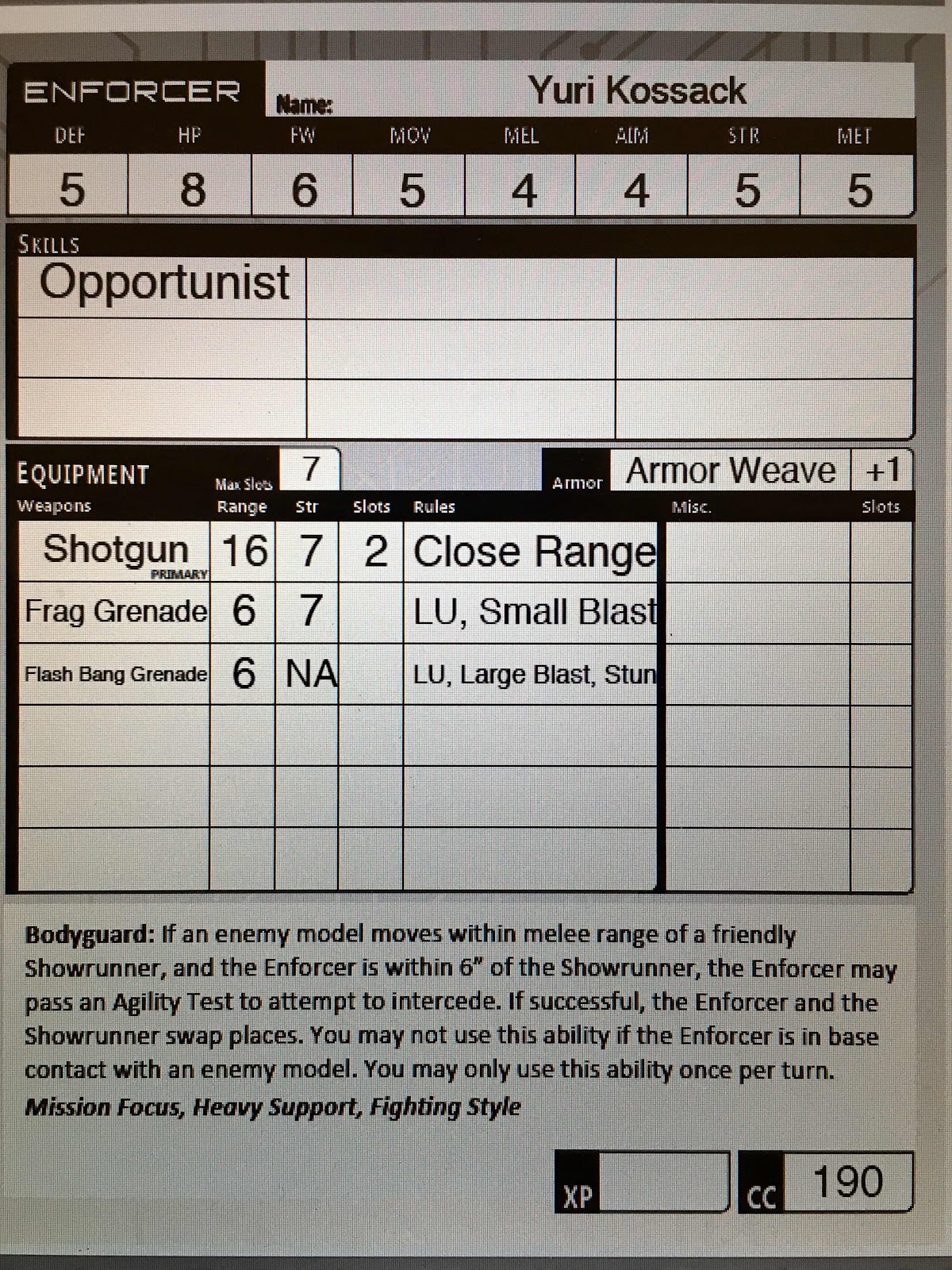 I included a couple grenades to try in game with him as well as an Armor Weave seen into his flight jacket for protection. 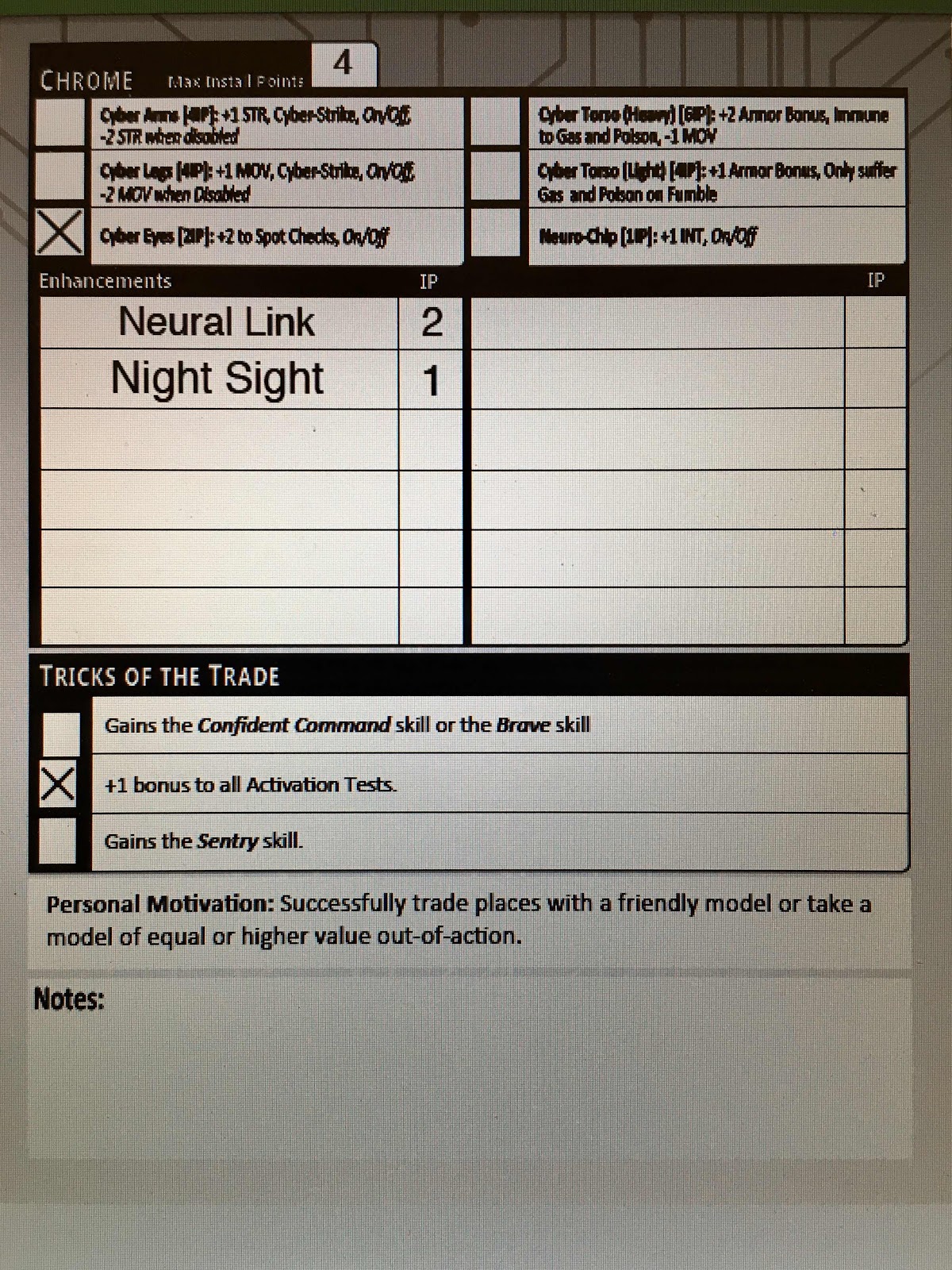 His only Chrome is his two dead black eyes that are neural linked to his shotgun and that can also see in the IR spectrum for those back alley ops.
More to come,
Doc 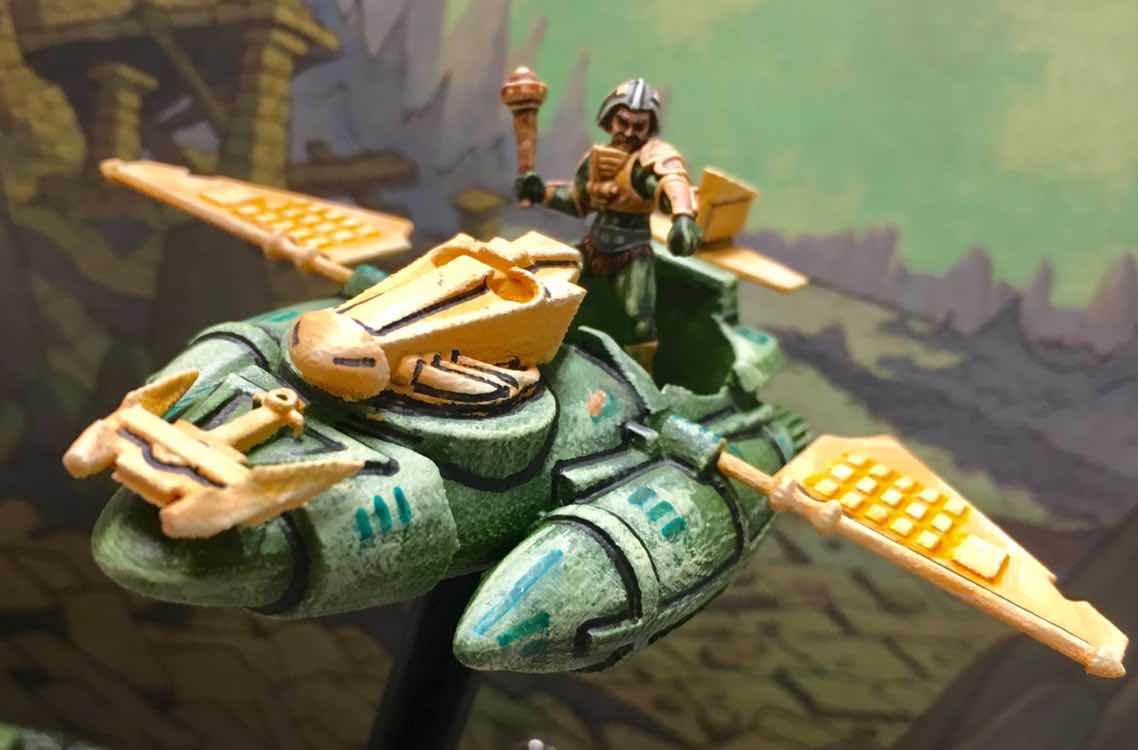