Another play test was made for a d10 based adaption of the 40k genre. 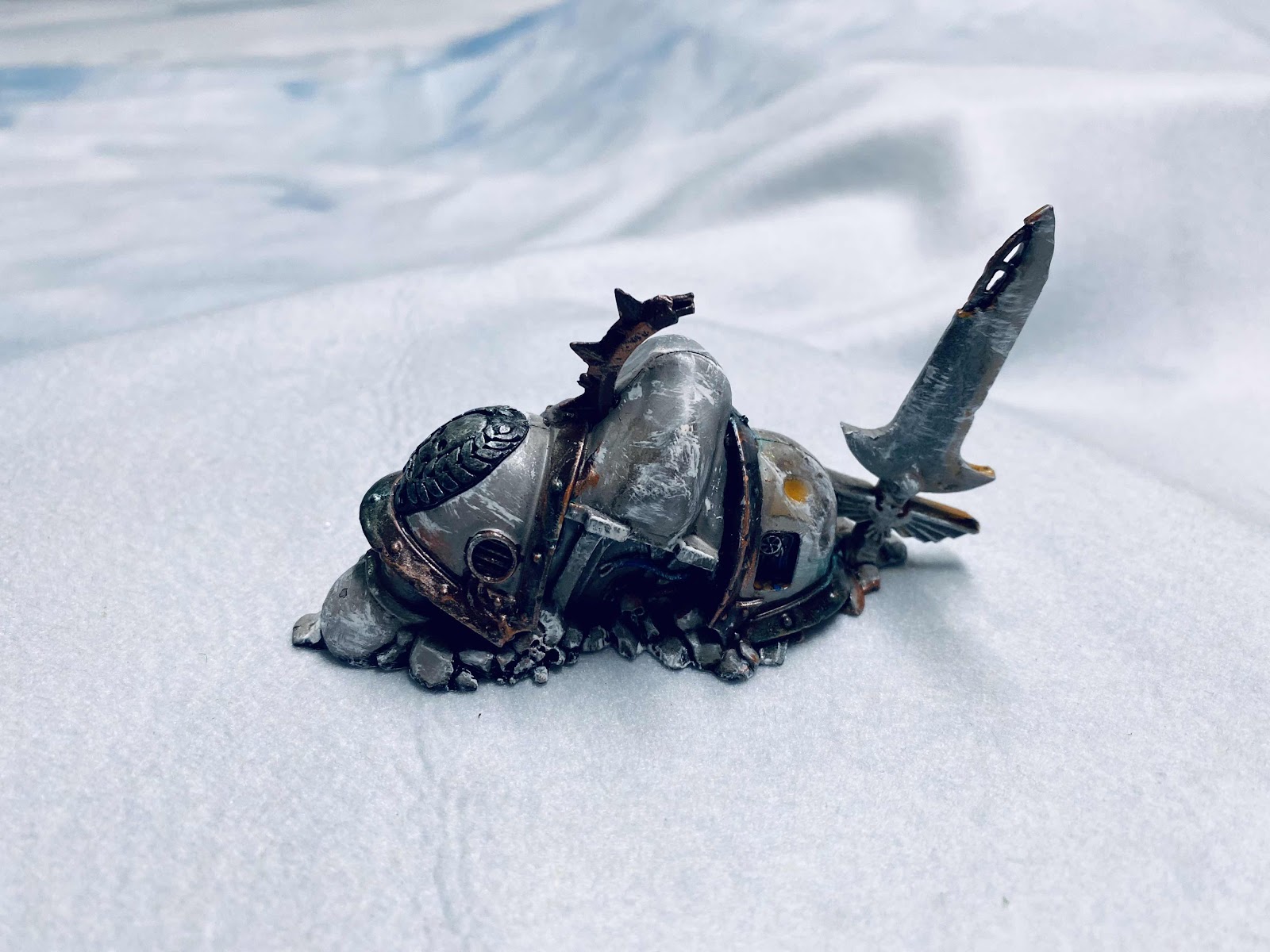 4 players, 2 opposing forces scour Fenrir for the fabled Banevtr and any other relics that can found. 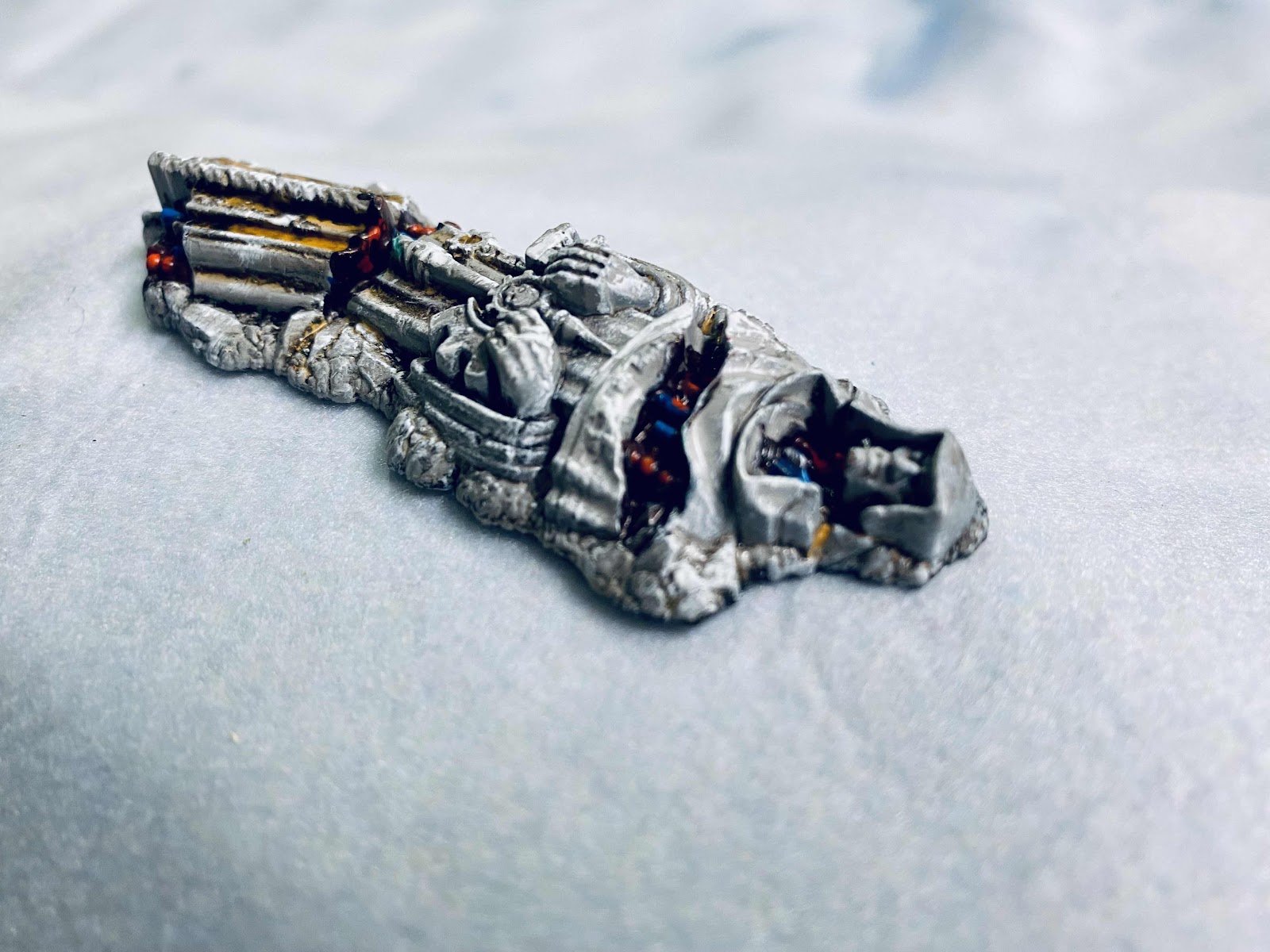 Squalls reduce the visibility to a -2 modifier for any ranged attacks over 12 inches. 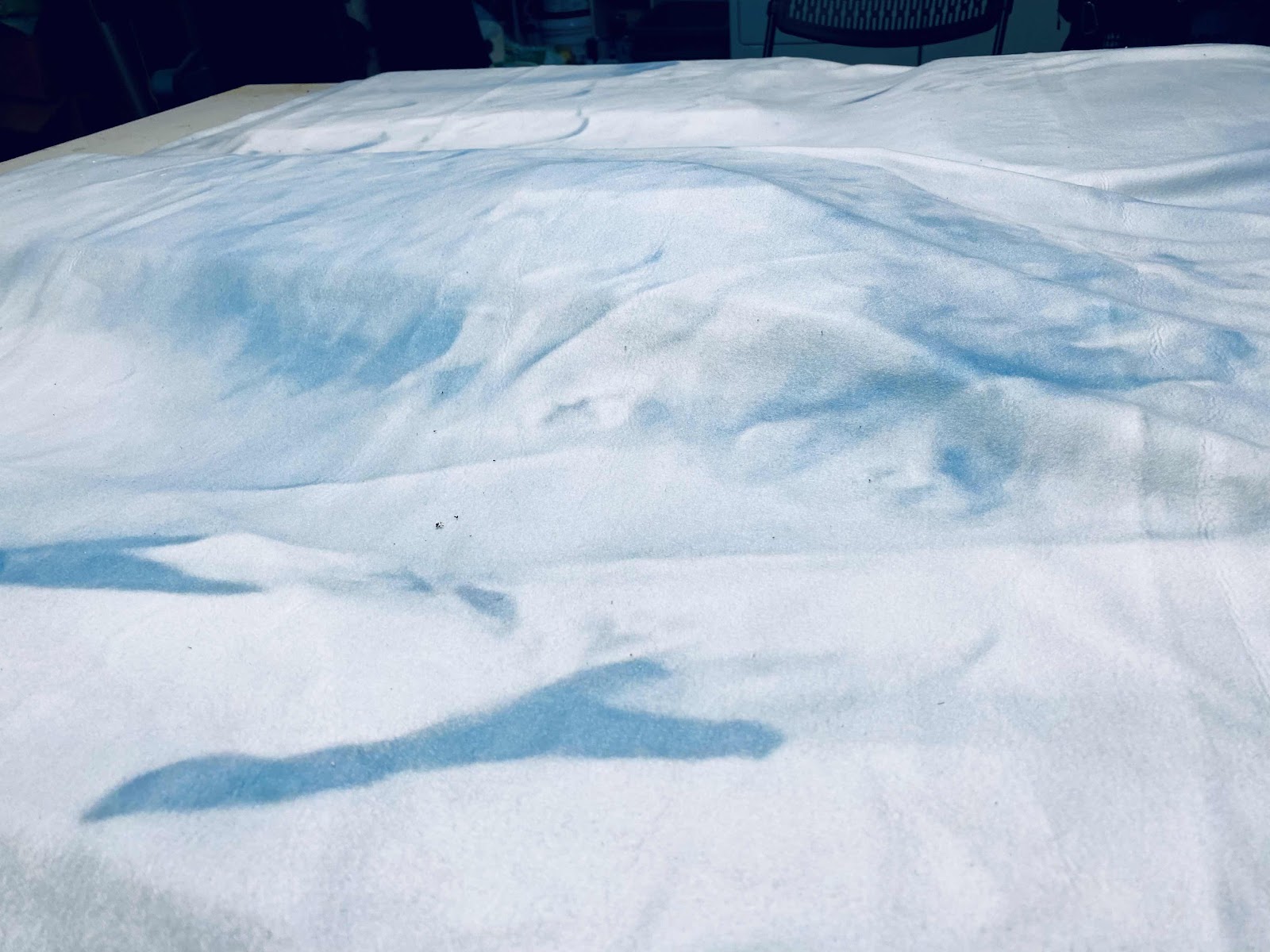 The surface itself provides a -1 cover 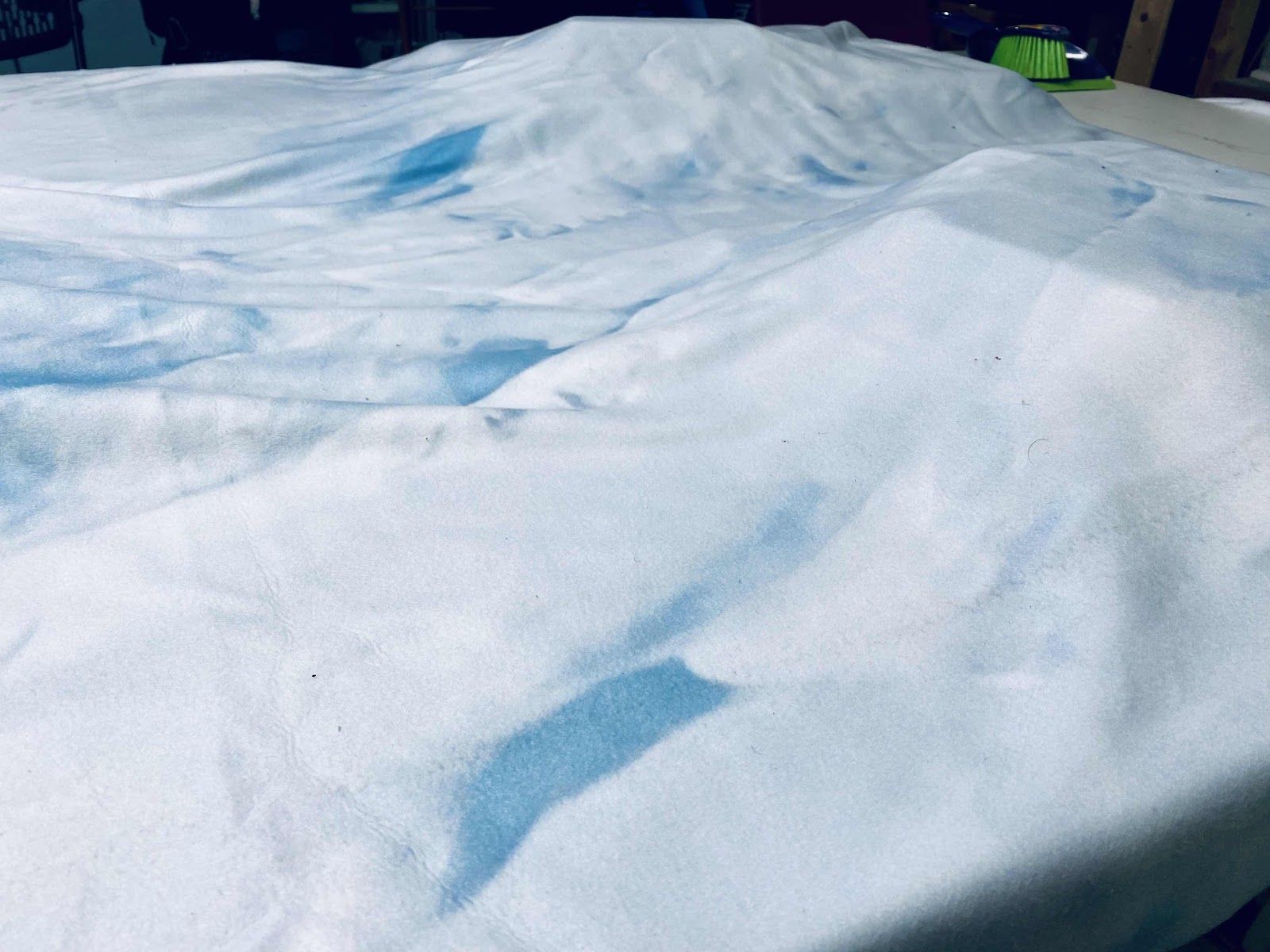 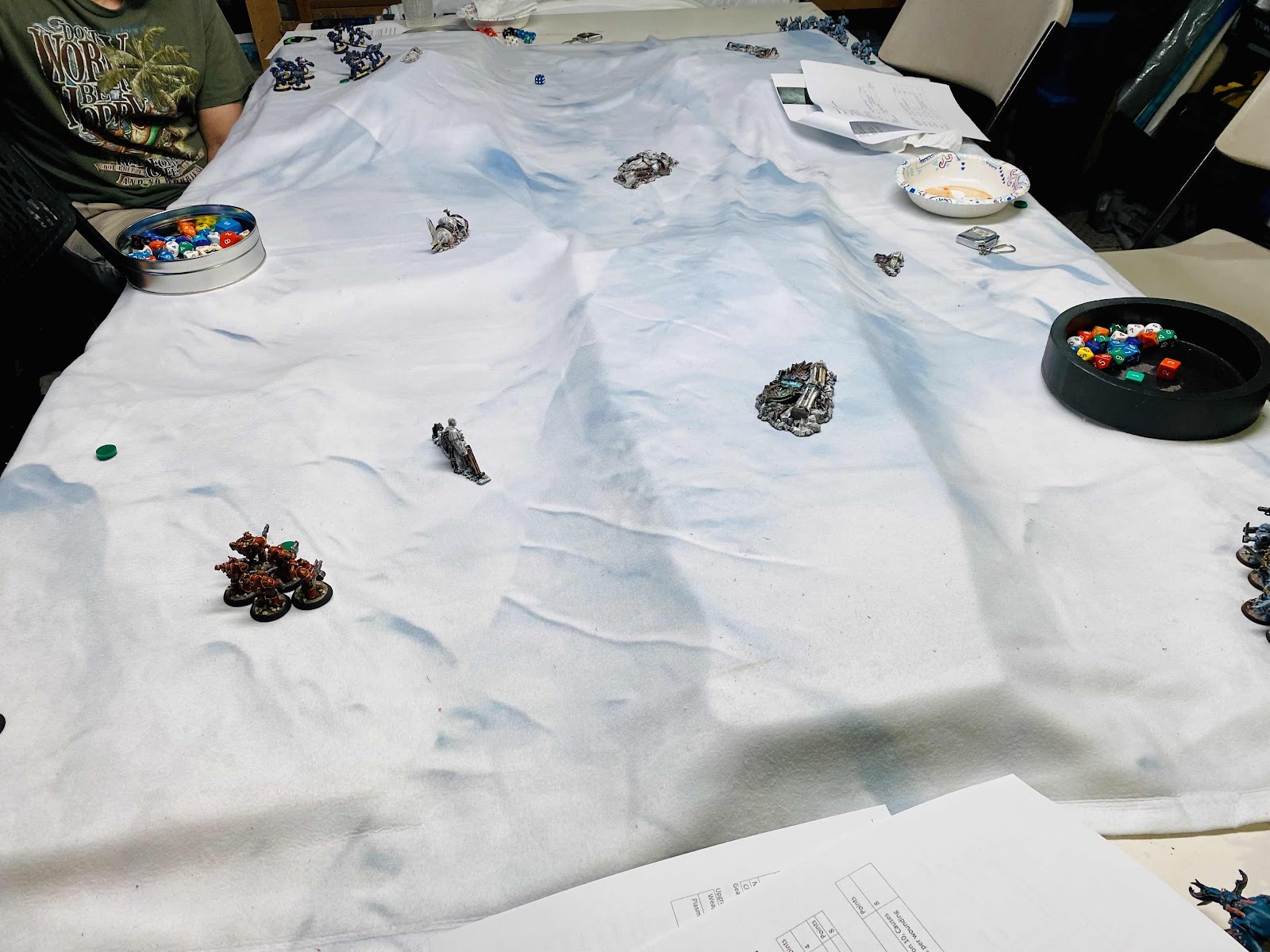 The units deploy, 15 models per player broken into 5 man teams. 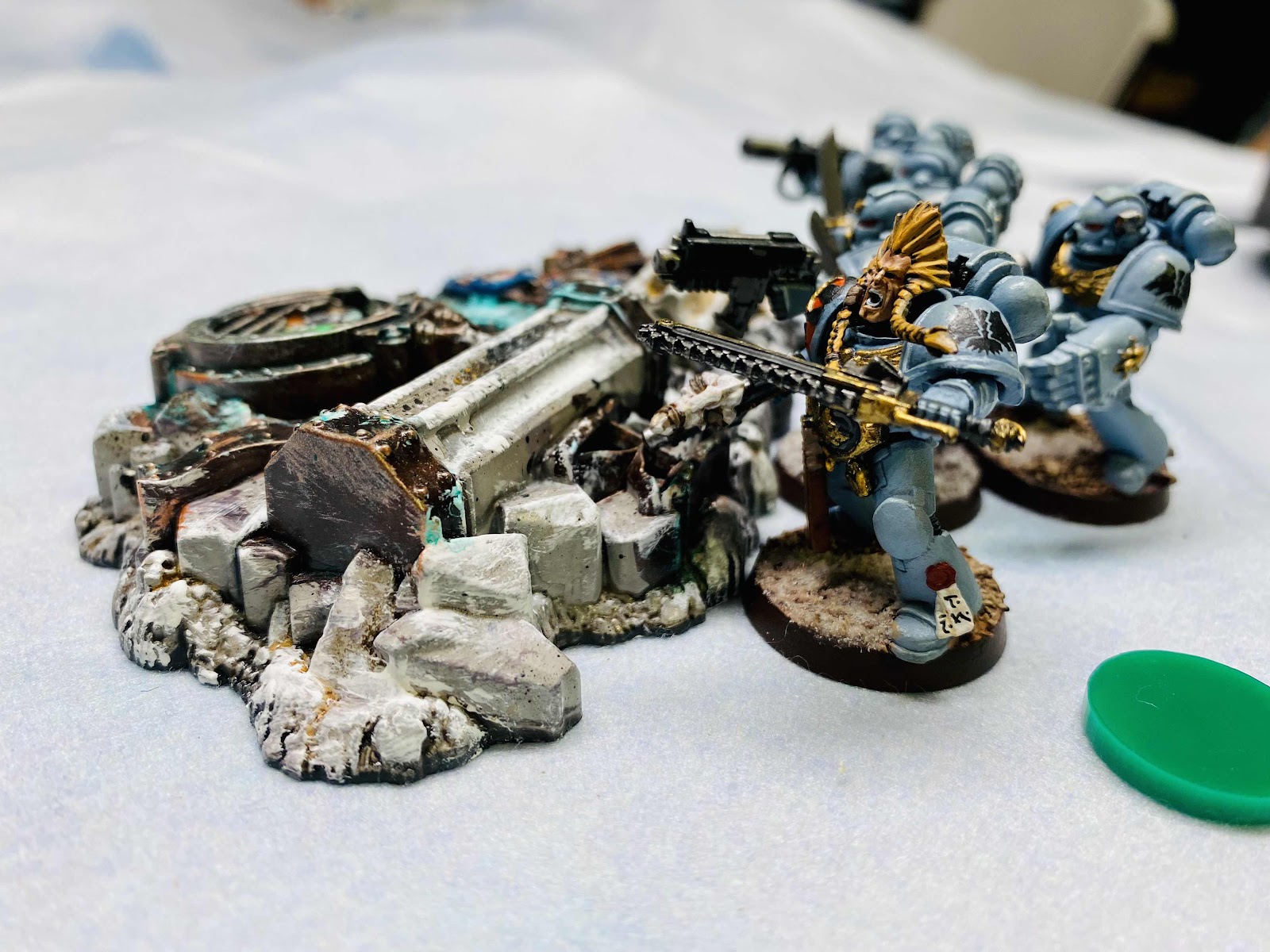 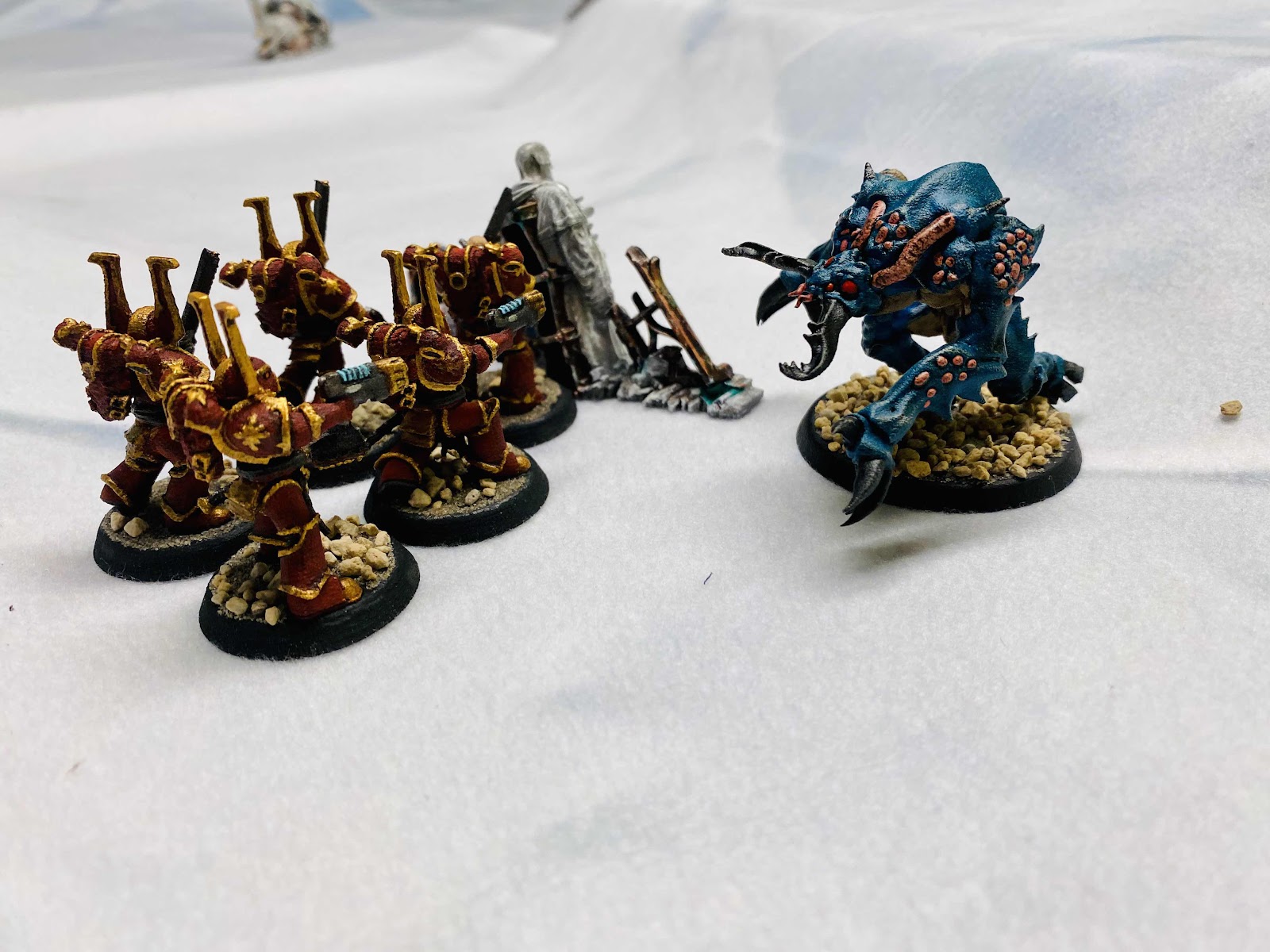 The players are not alone! The fighting has disturbed a nest of Ambulls, provoking them to attack! 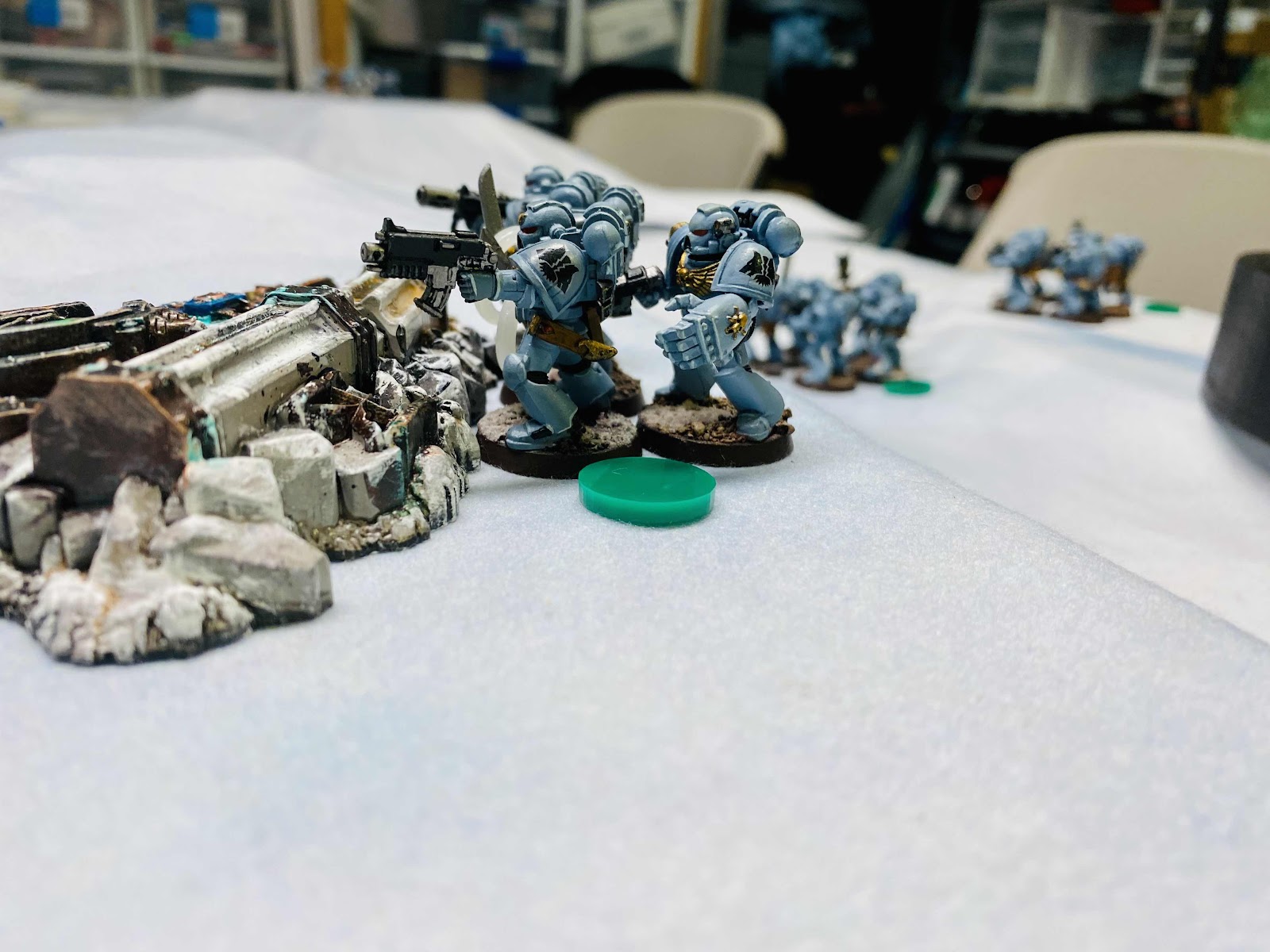 Securing a relic from the ruins. 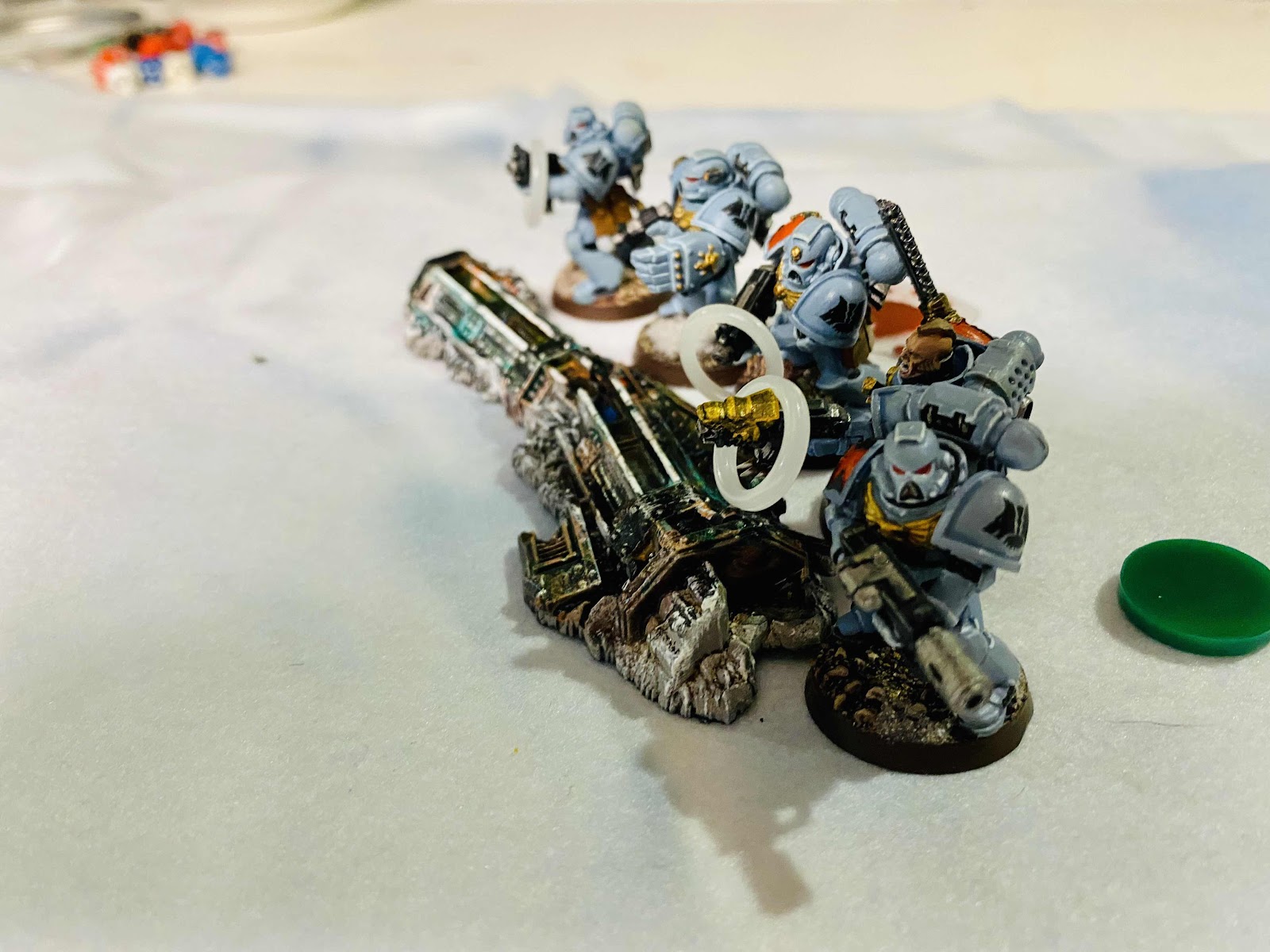 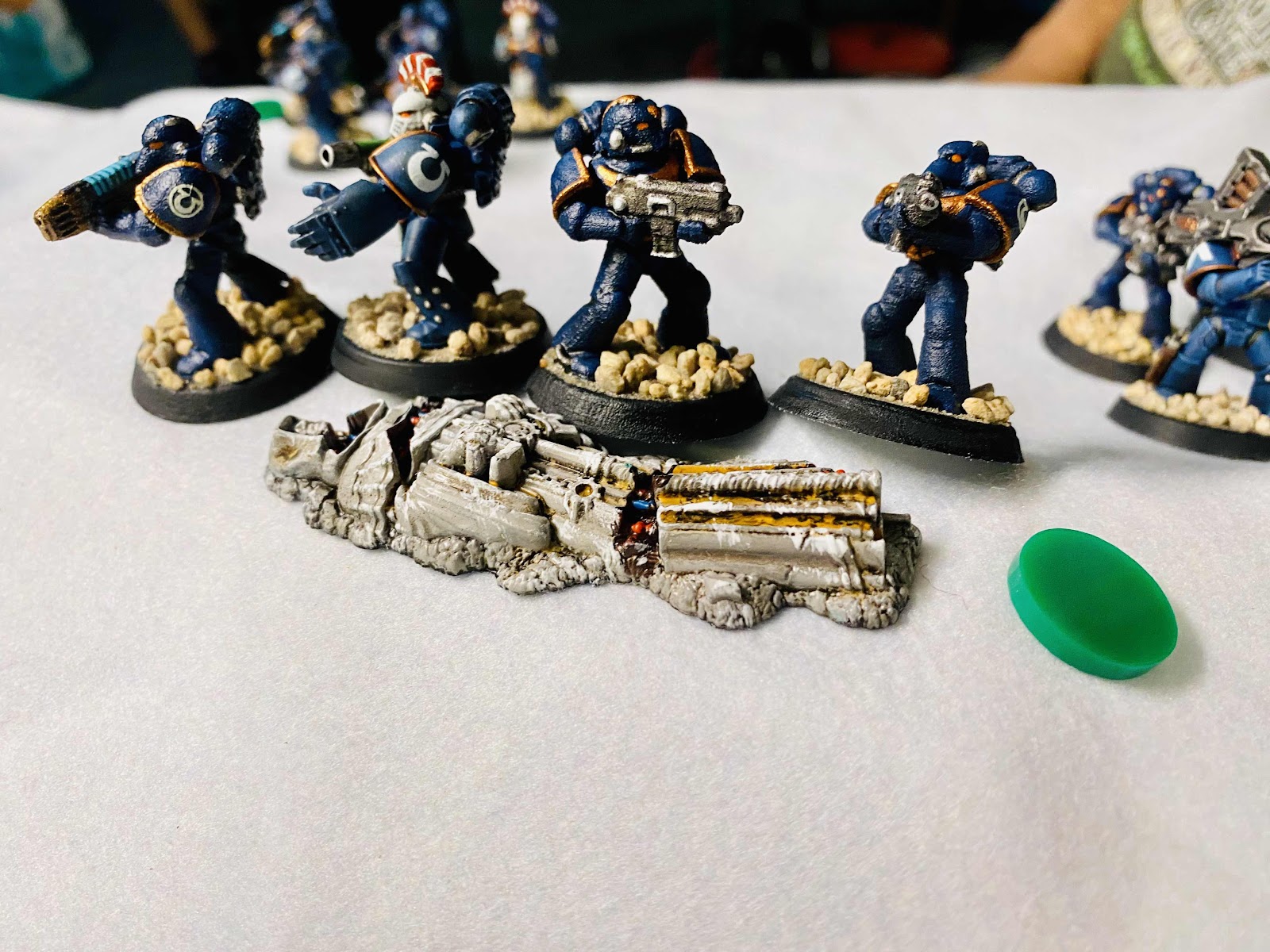 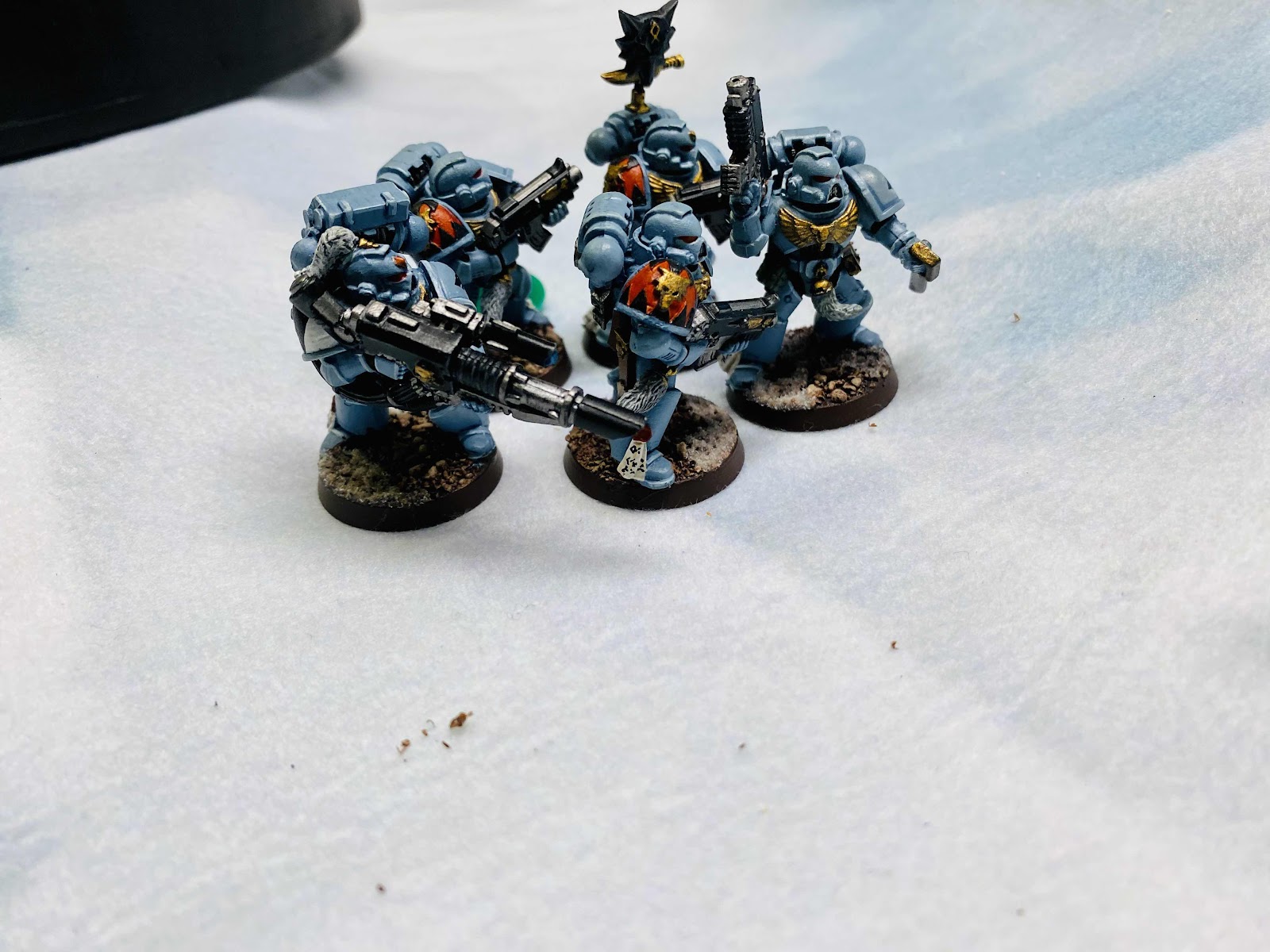 Wolves counter fire with their Lascannon 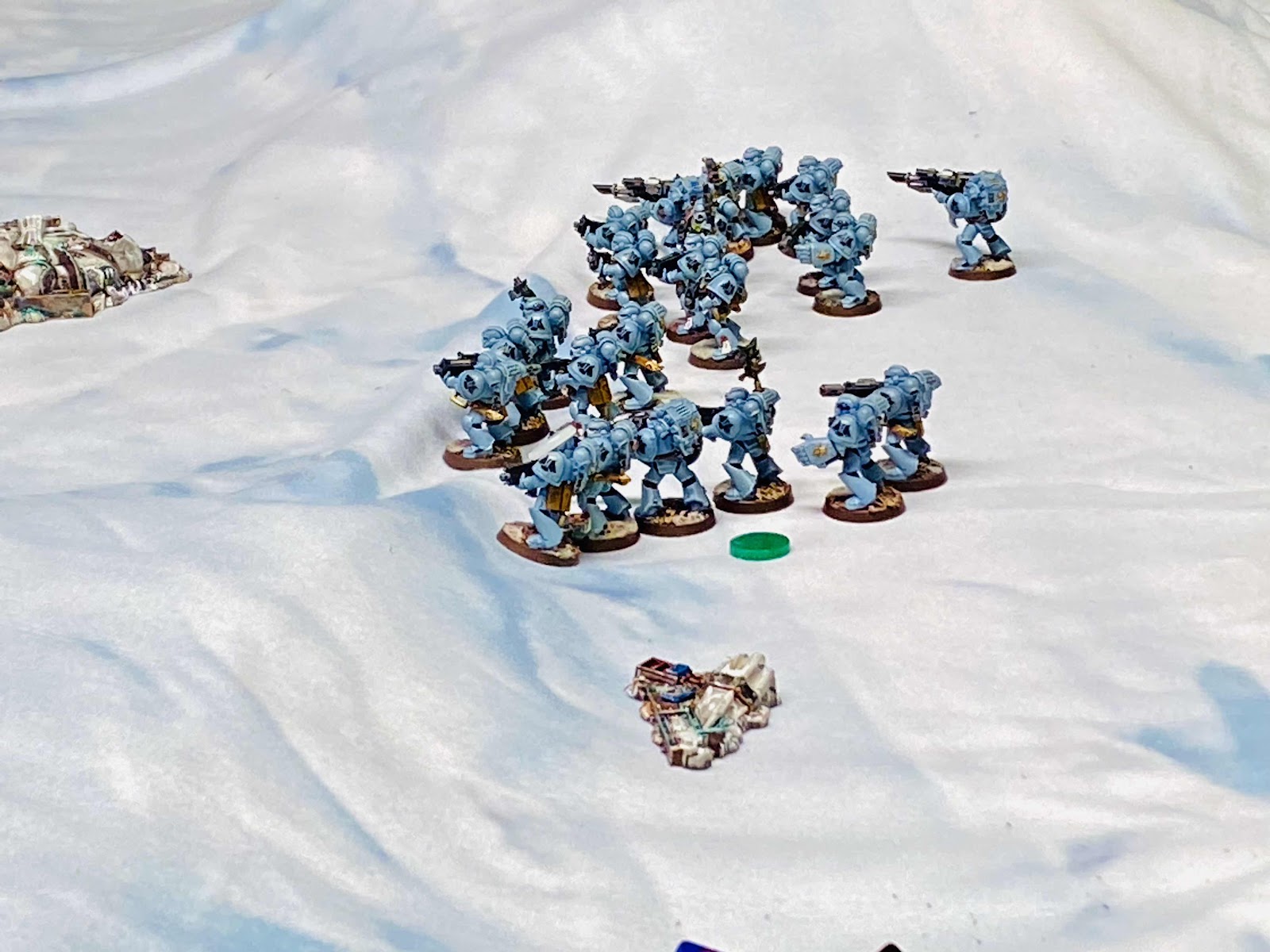 Only one relic location left! 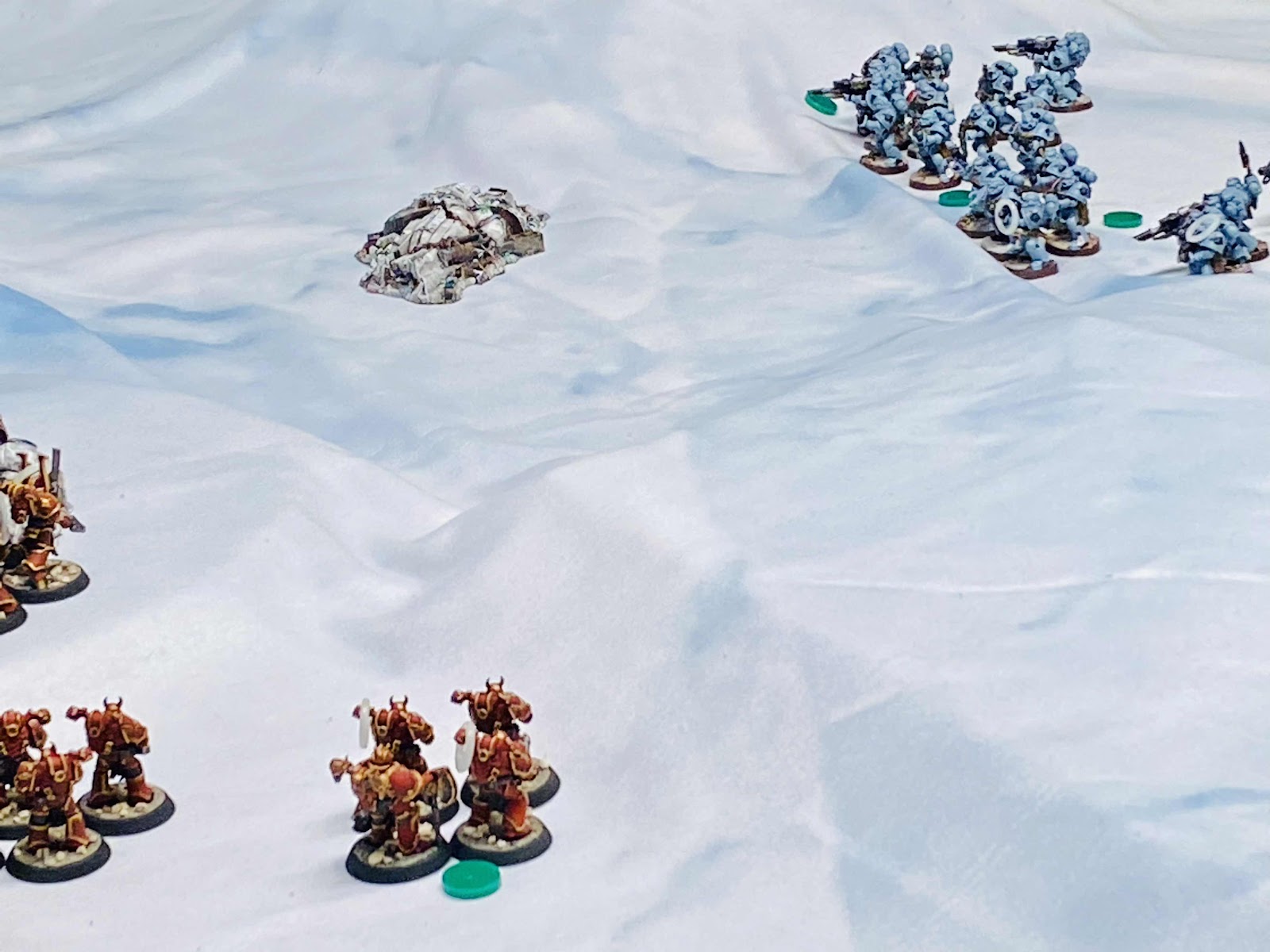 World Eaters move to take it before the Space Wolves!
More to come,
Doc 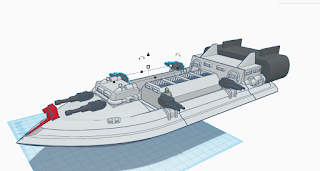