Shoot out on the Space Hulk Felonius IV, d10 40k

Frustrated with the Kill Team rules our group has decided to try a hand at adapting 40k to a d10 system similar o what we use for other game genres. 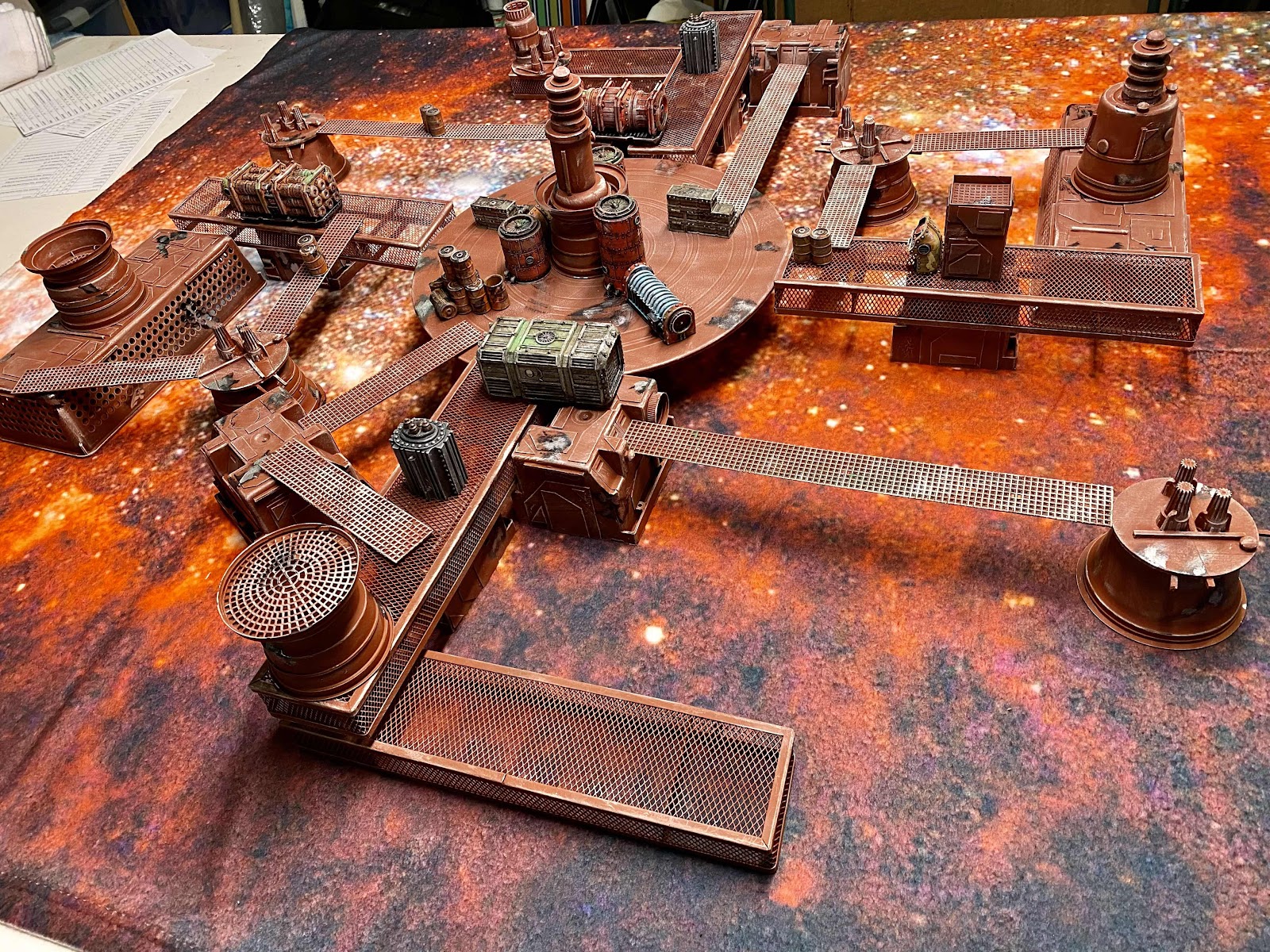 A view of the battleground in the Immatereum 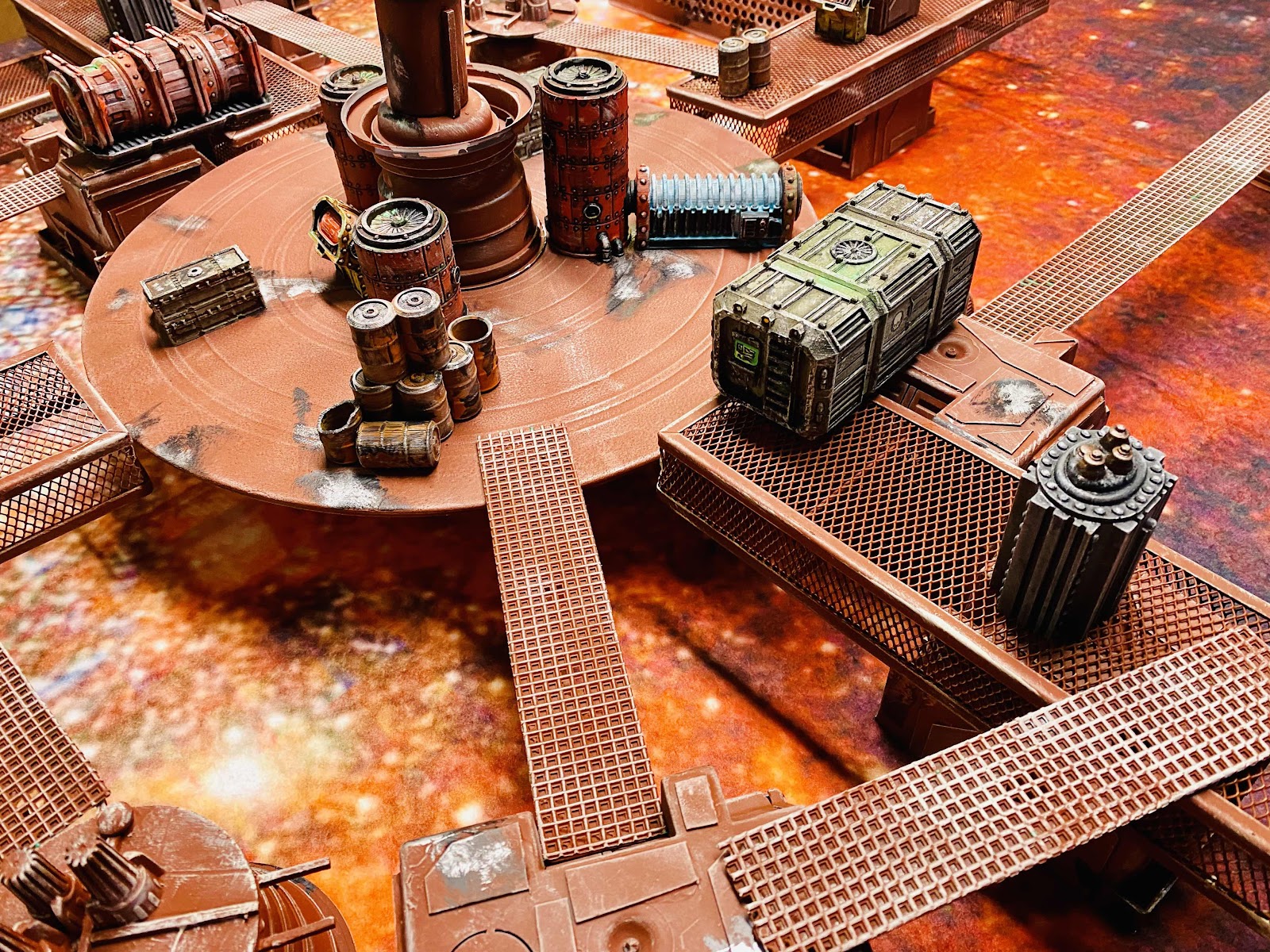 Most of this is from my dollar store Scifi terrain that I covered long ago in a previous article. 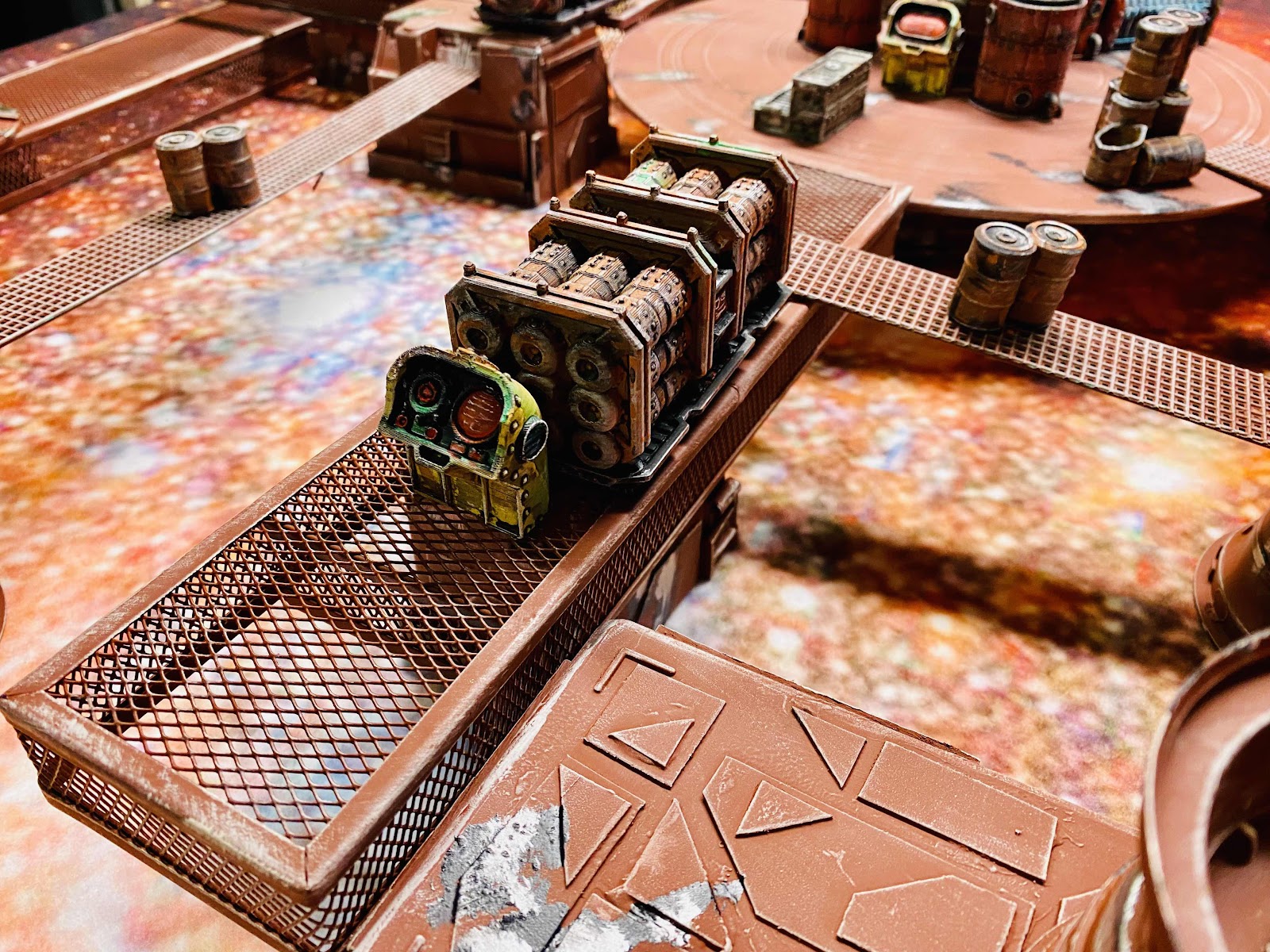 But some 3D printed pieces are added as well. 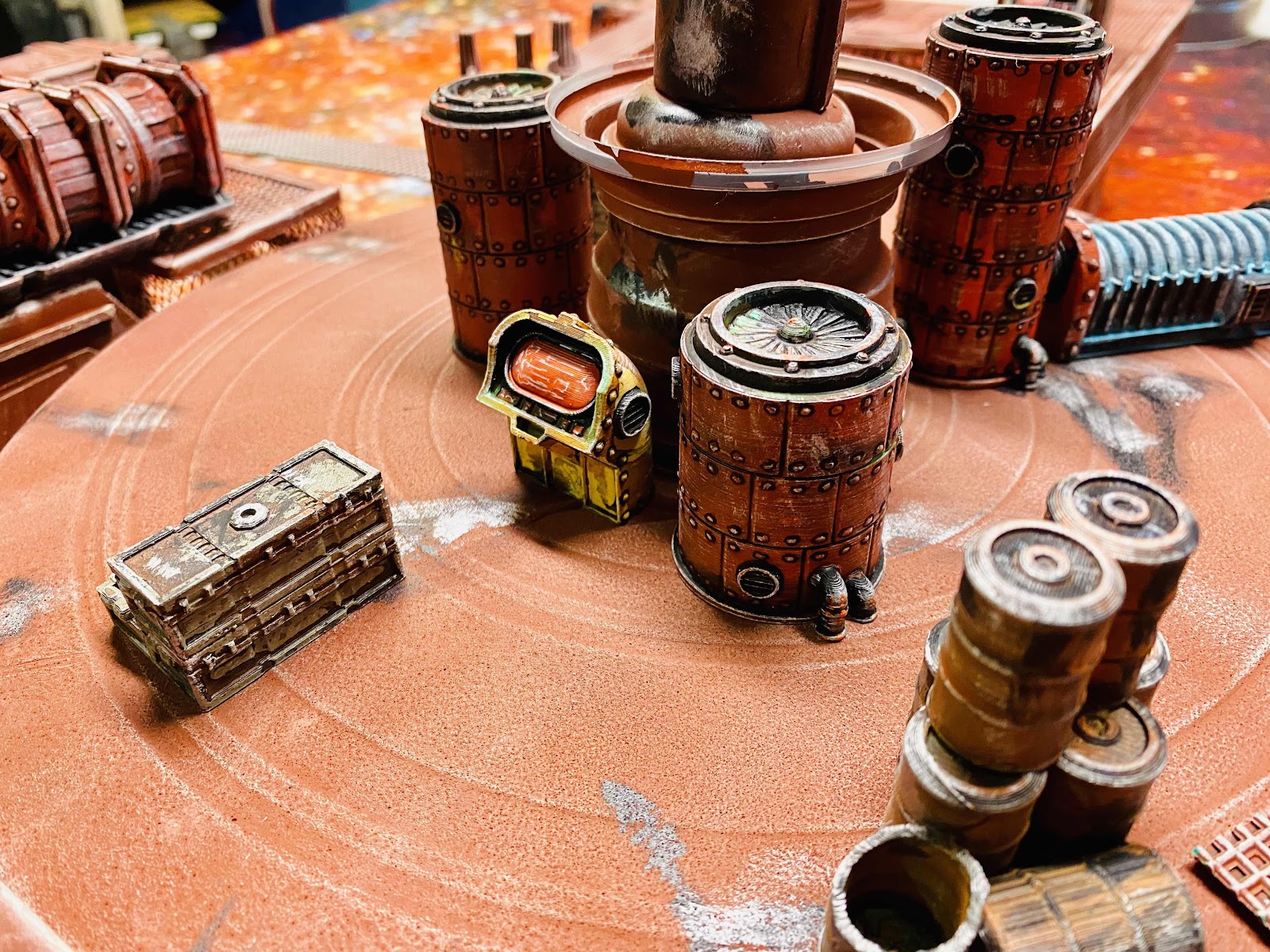 On the table are 3 yellow consoles that must be activated to amplify the beacon for the warring fleets to recognize. 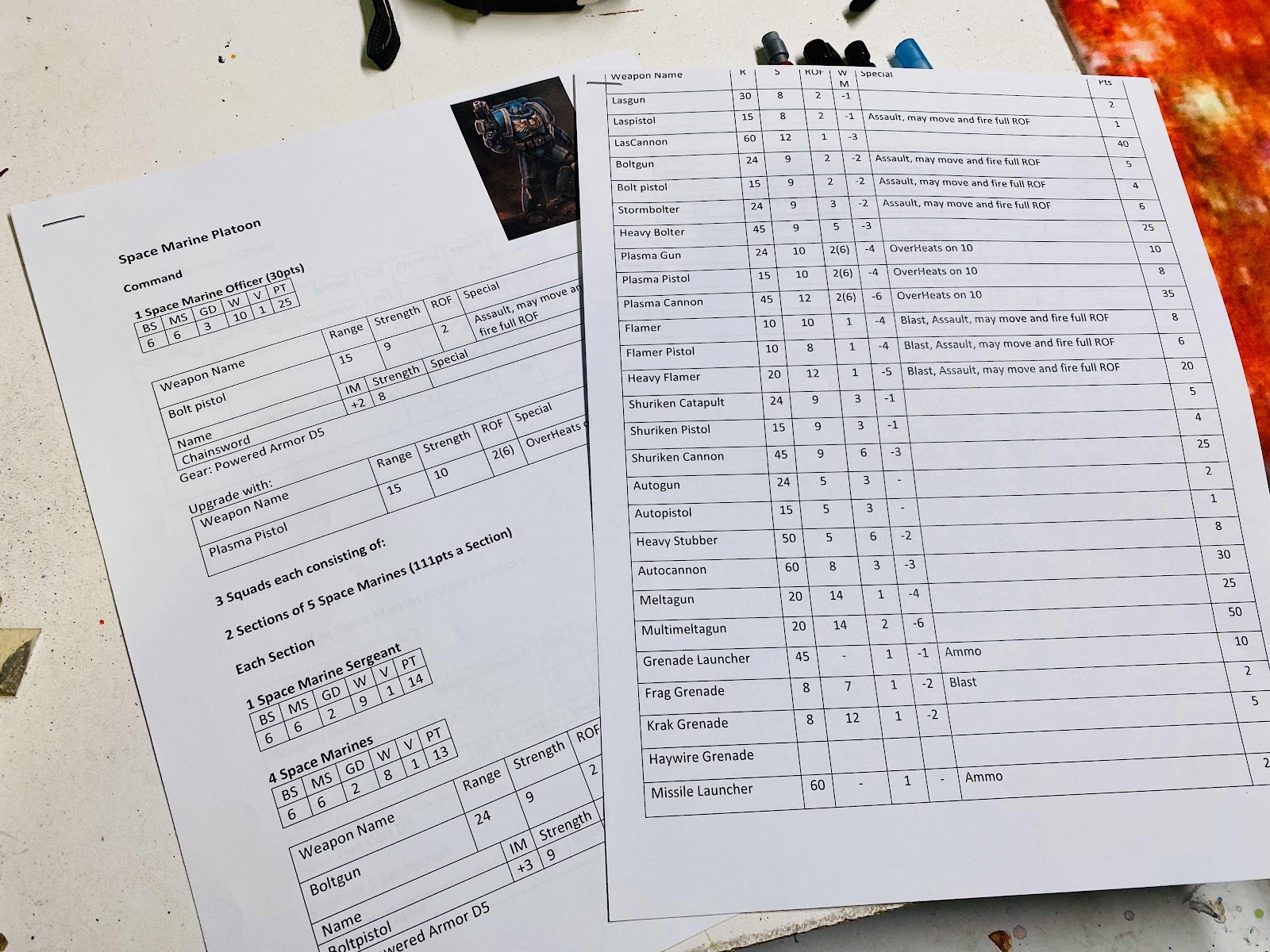 The first rough of the rules 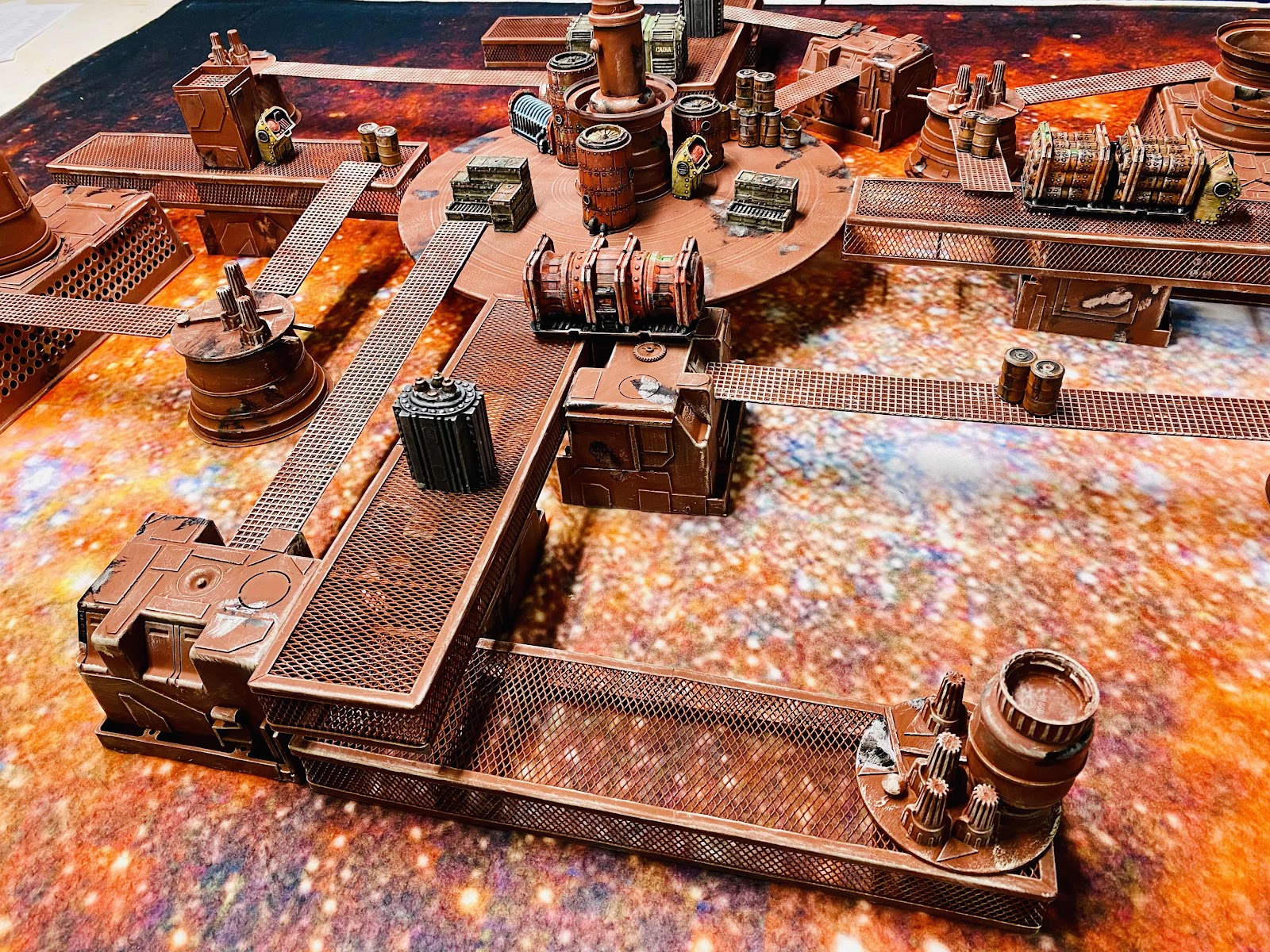 An overall view, forces deploy on the end platforms. 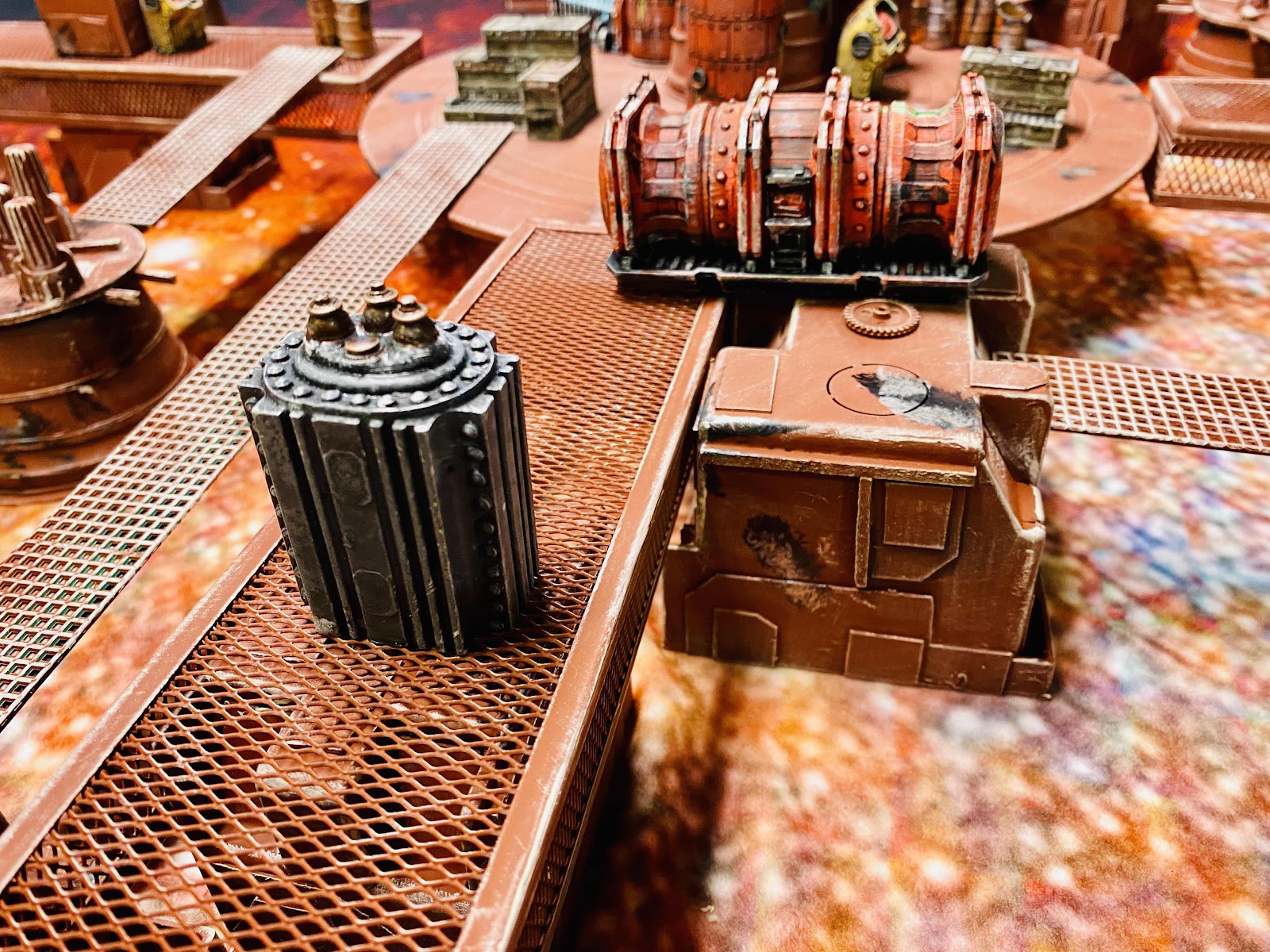 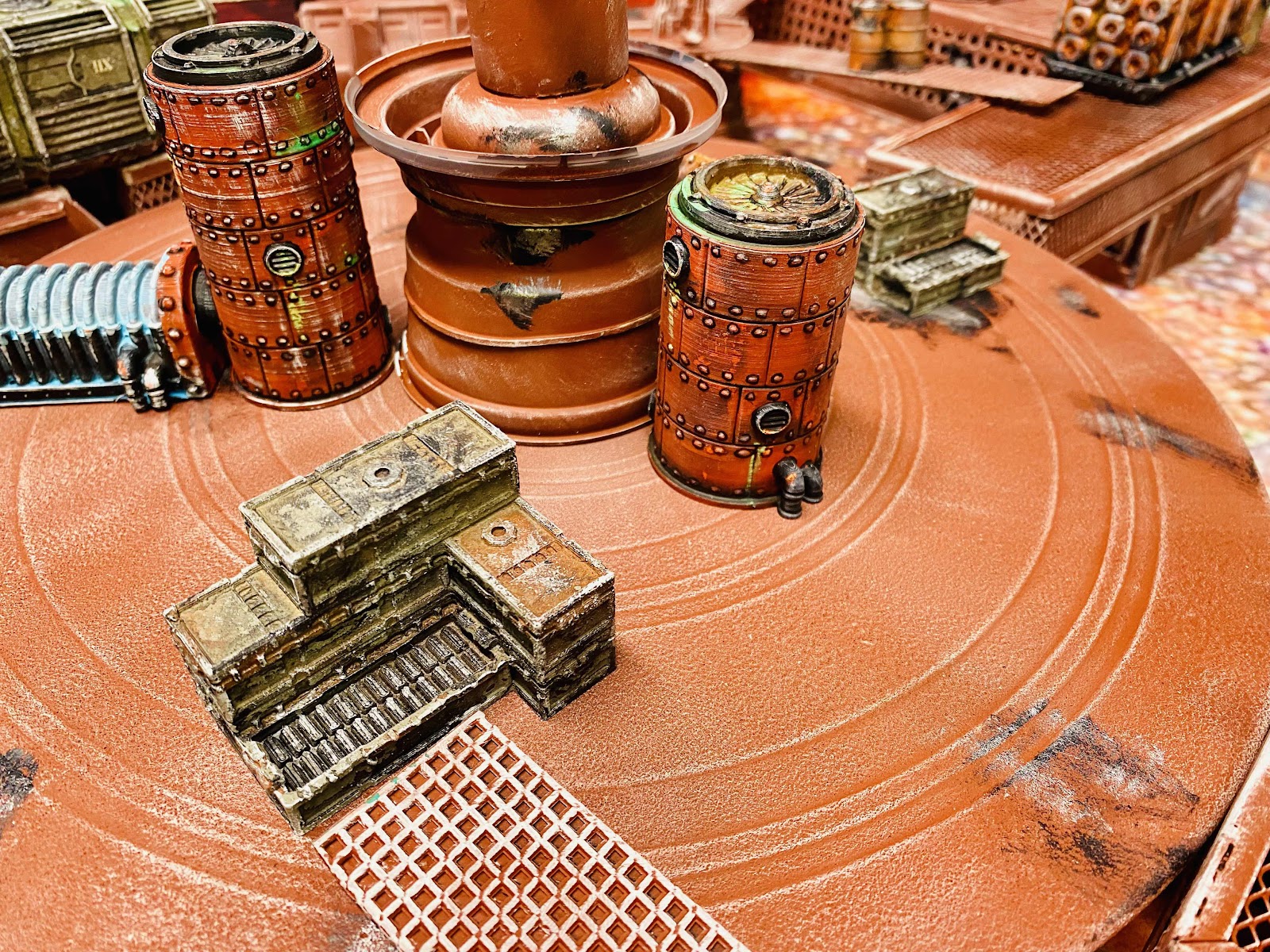 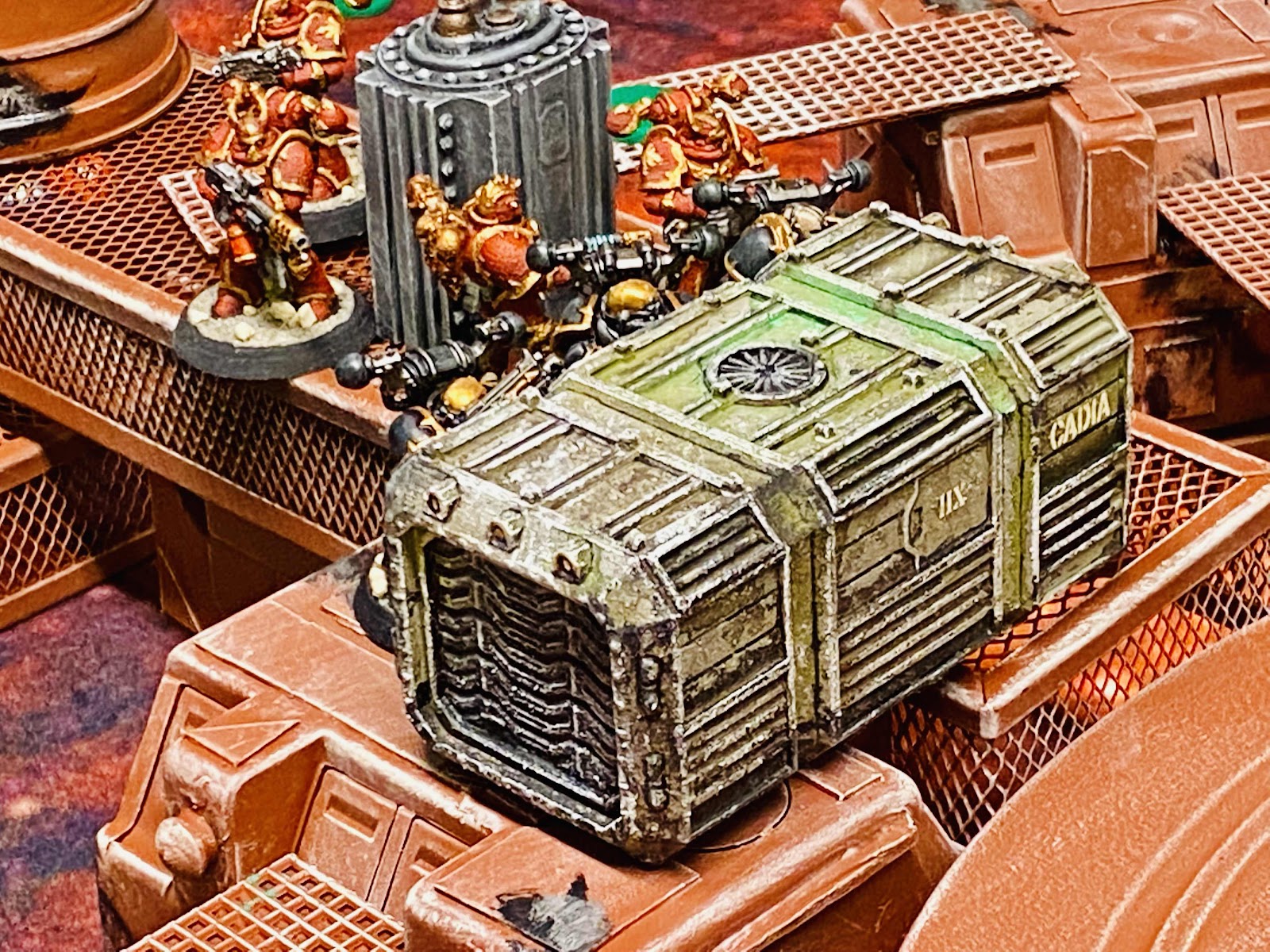 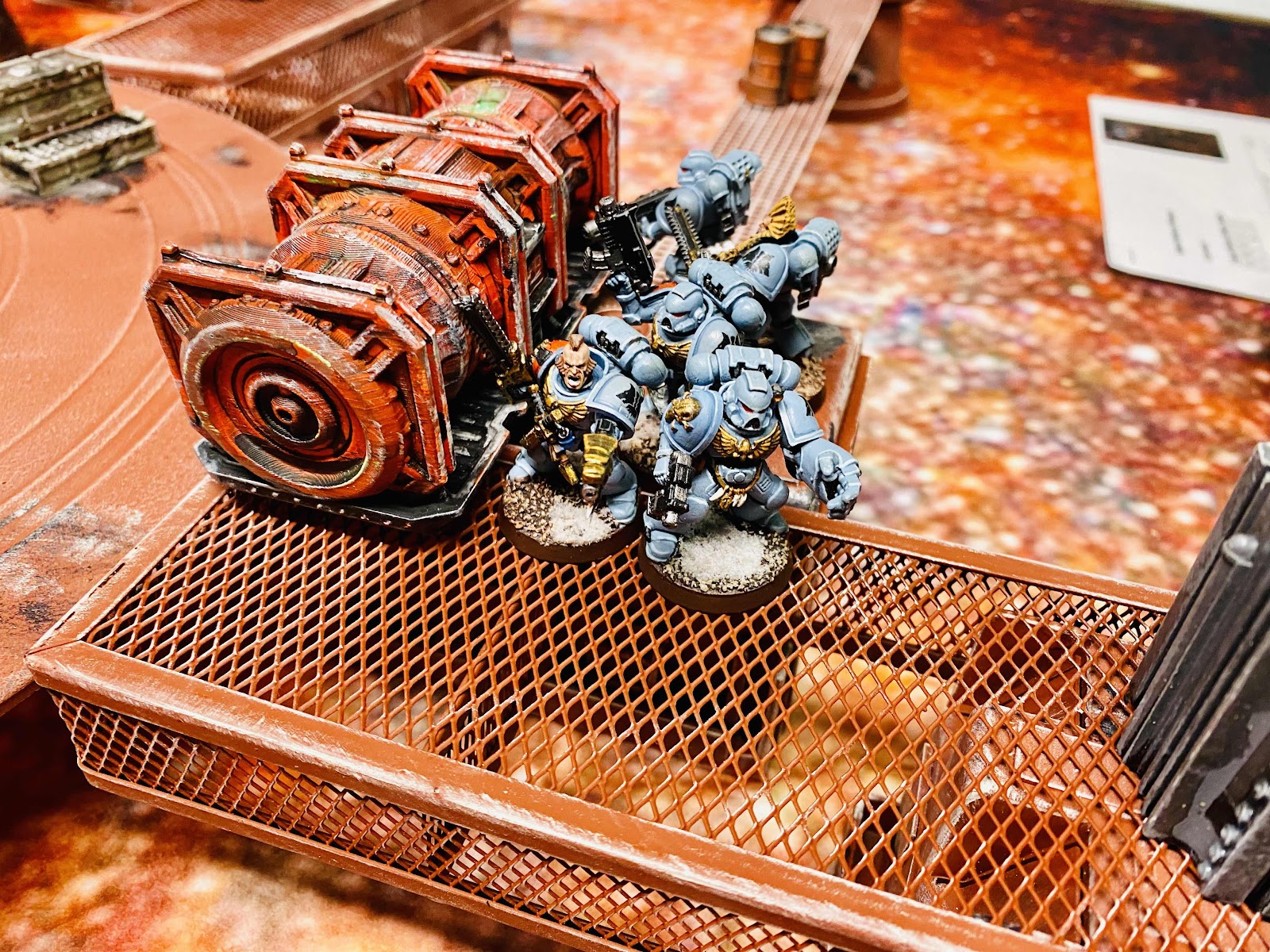 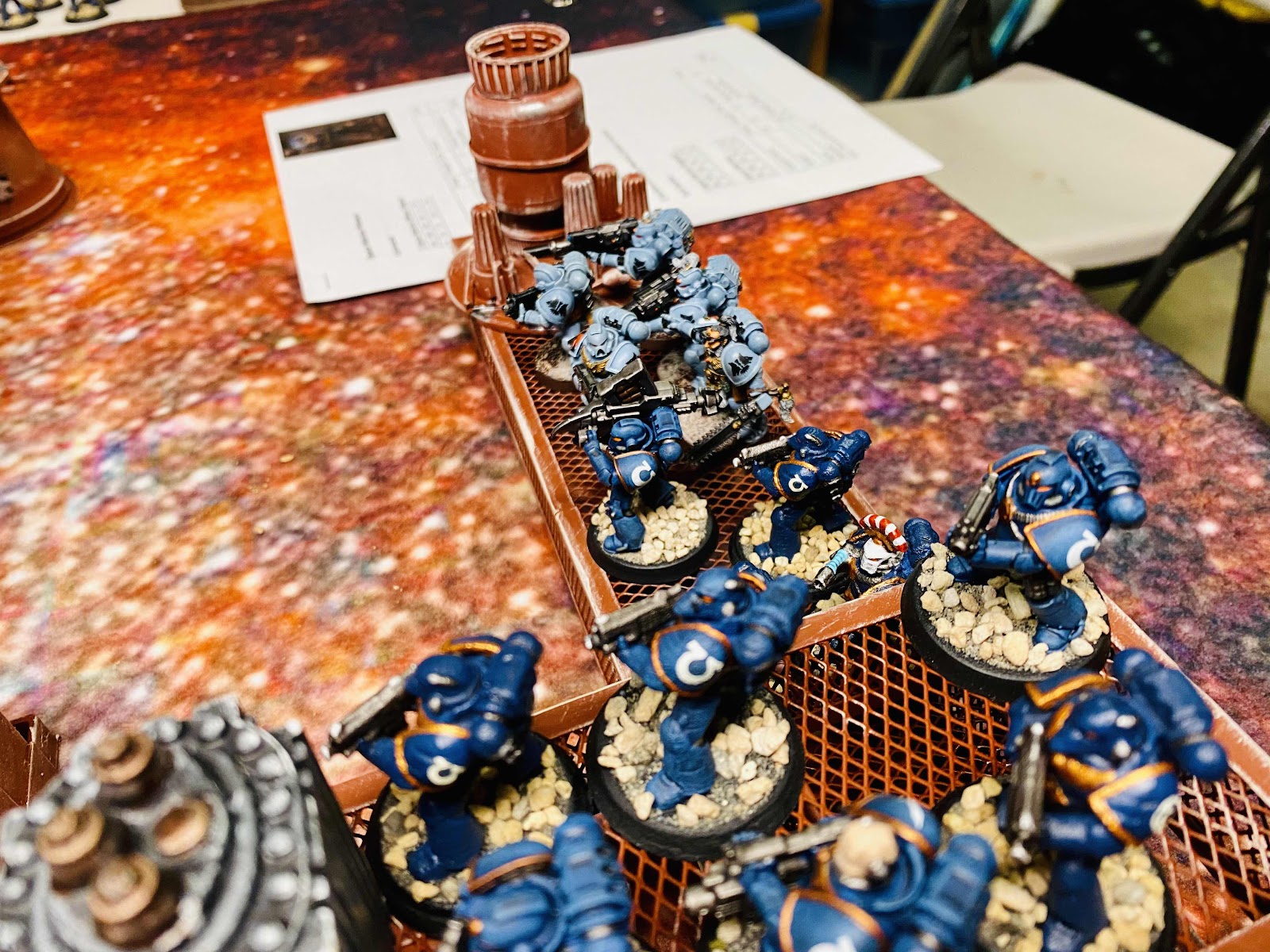 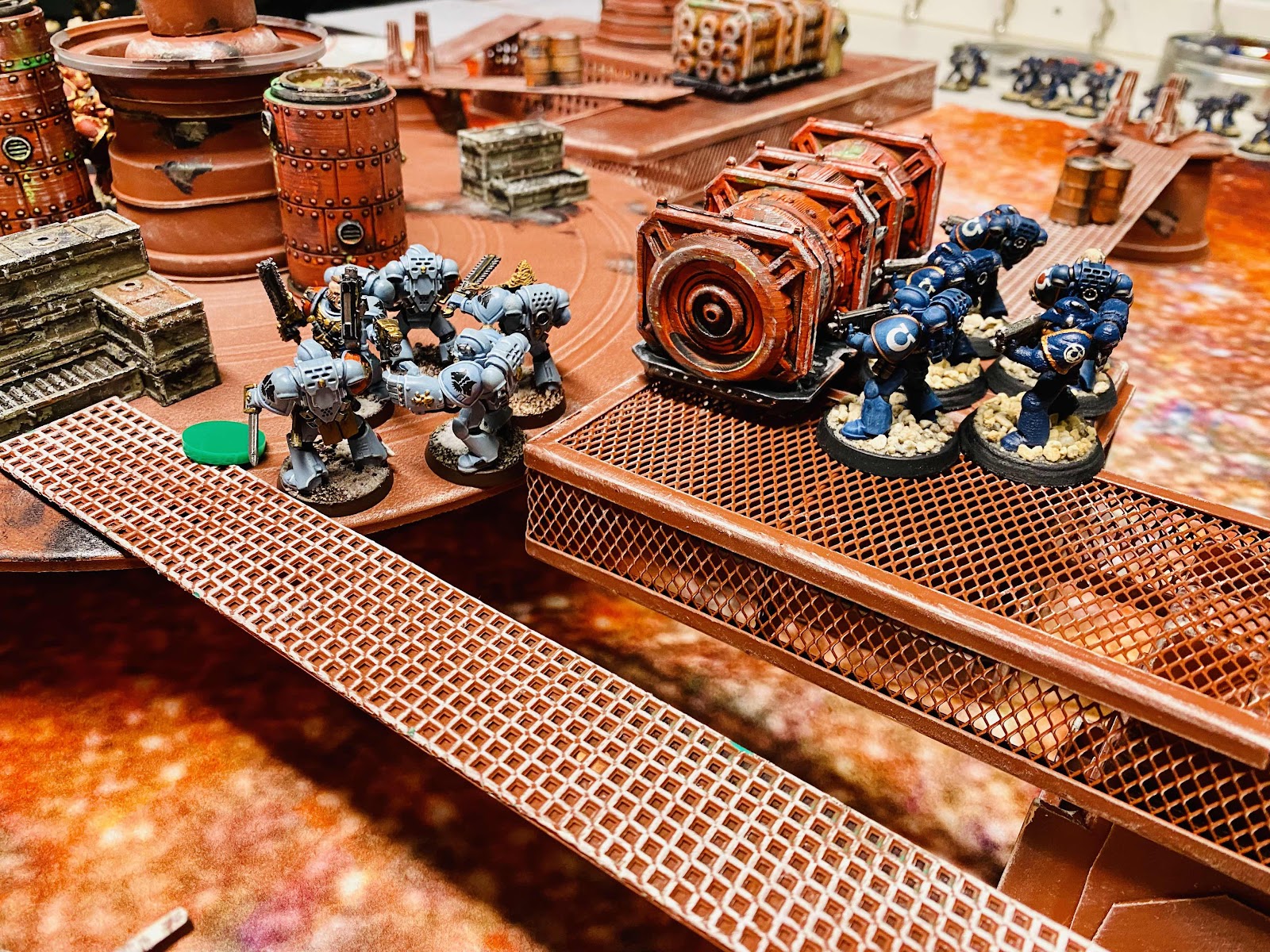 Activation markers are used to track the teams in each turn. 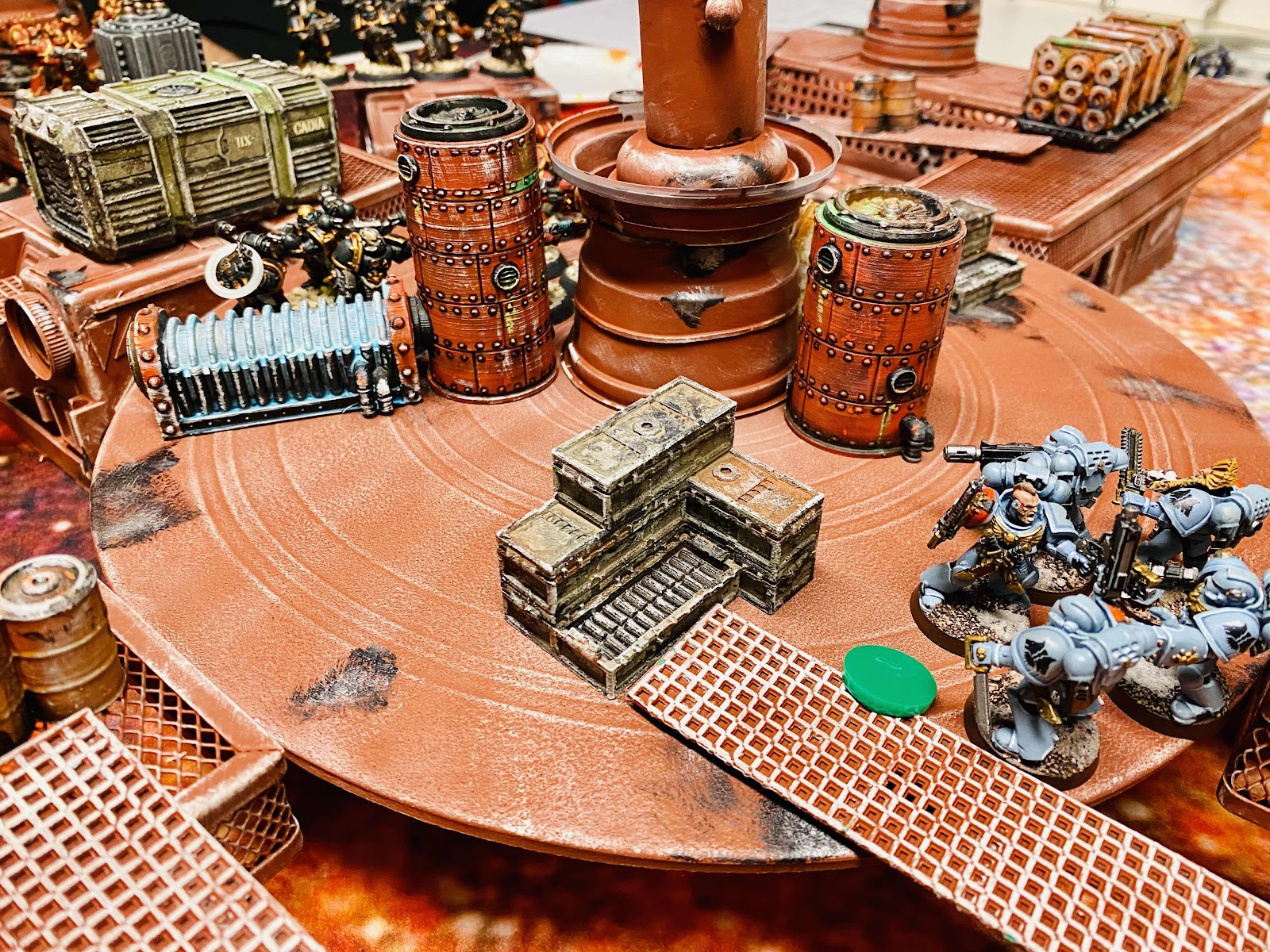 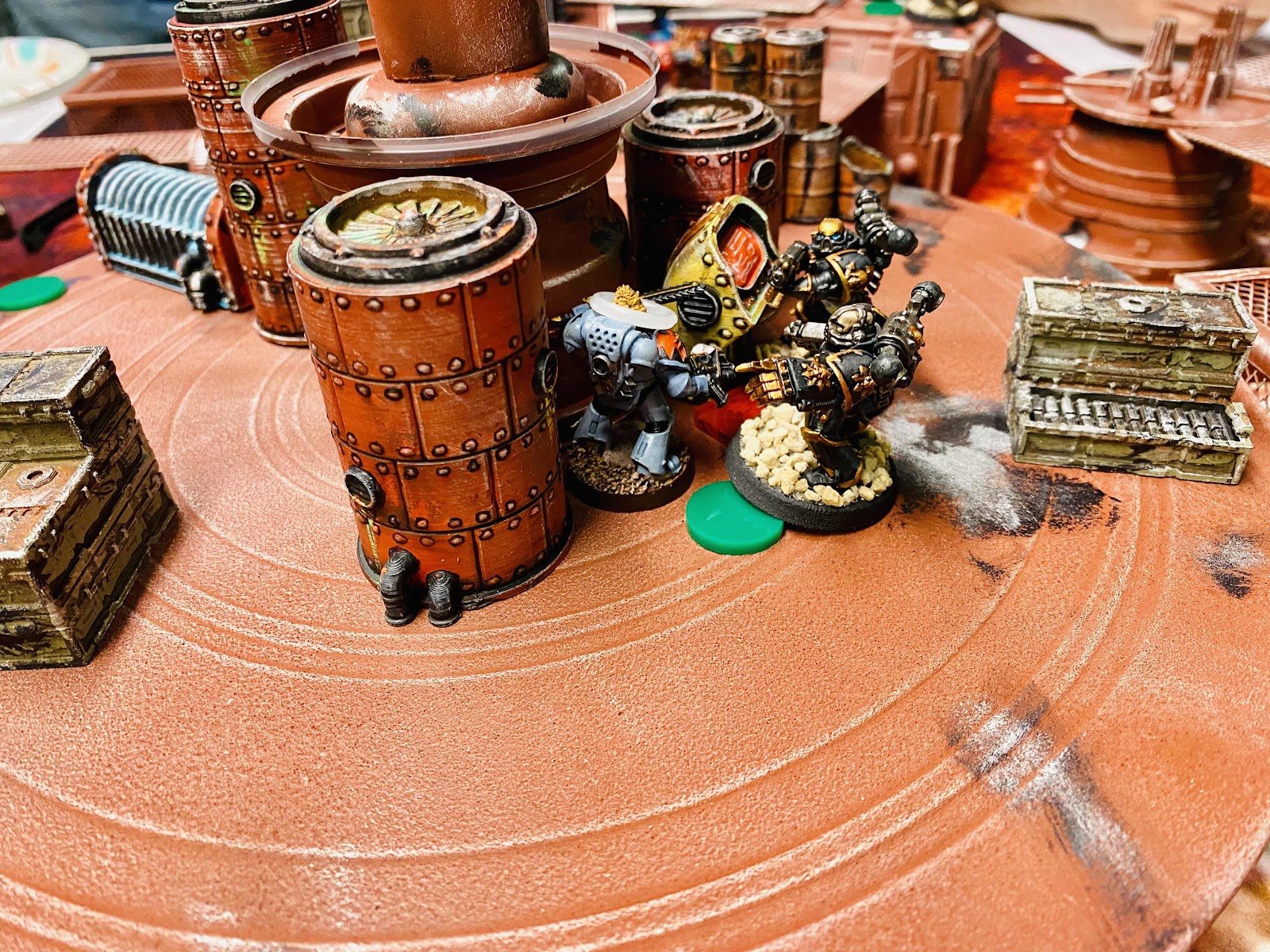 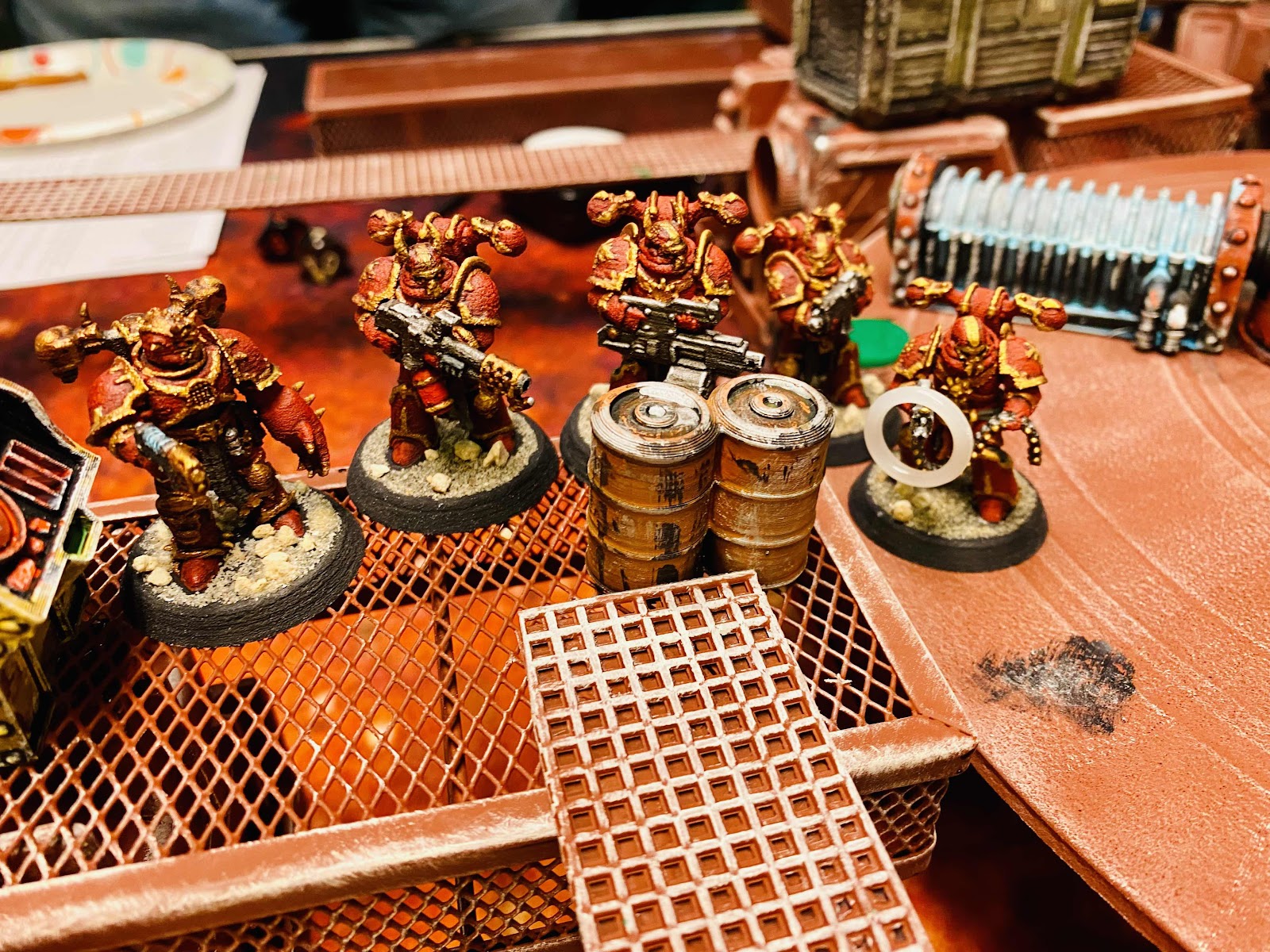 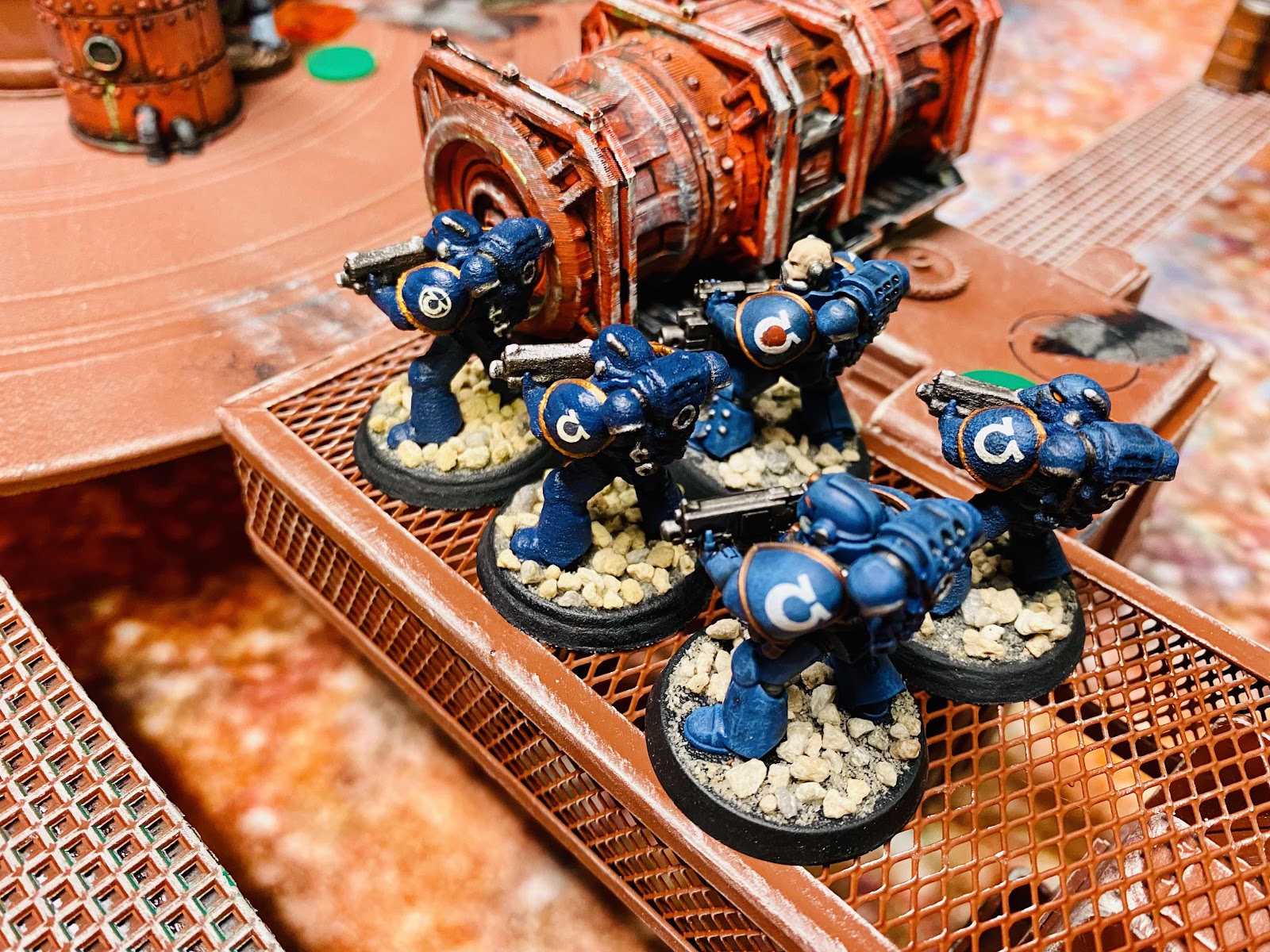 But the Ultramarines hold and return fire.
In the end, Chaos almost won by activating the consoles but could not complete the 3rd under withering fire.
More to come with revisions to some of the rules,
Doc 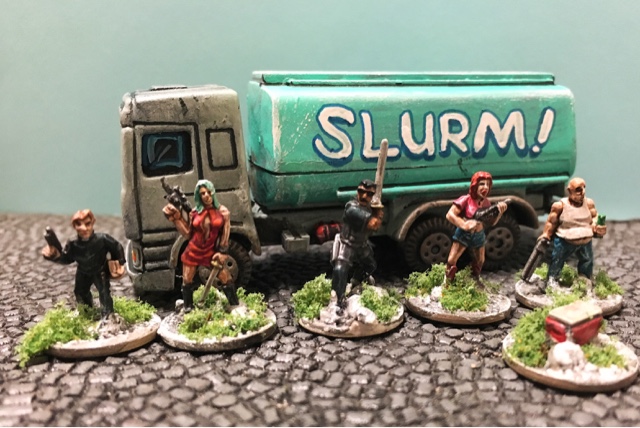